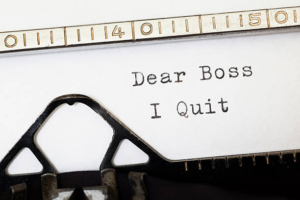 At first, you felt great about tendering your resignation. You often felt underappreciated for your work and figured the job satisfaction wasn’t worth the amount of trouble it caused. Driving home after ceremoniously yelling “I quit” to your boss, you feel a sense of relief as the stress begins to dissipate. The following day, however, you gain a creeping feeling that you may have made a big mistake and overreacted.

Tendering a resignation should not be done lightly, as it generally means that your employer is not obligated to provide you with severance. As such, it is essential to consider what circumstances allow you to retract your resignation if you are having second thoughts about resigning.

Can You Take Your Resignation Back?

Courts are generally mindful of the effect that emotions have when an employee instinctively resigns due to difficulties experienced at work. Fortunately, there are circumstances in which a resignation may be deemed invalid, which would allow an employee to retract their resignation.

In order for a resignation to be viewed as valid and enforceable, it must be clear and unequivocal. This means that when viewed by a reasonable and objective person, it can be confirmed that the employee had an intent to resign from their position.

Based on this test, it is evident that this may be a difficult standard to achieve in cases where the resignation was offered as a split-second decision to an emotionally charged situation. For instance, consider an example where an employee, who was otherwise an outstanding and long-tenured worker, was recently reprimanded by their boss over a failure in their work. As a result of this reprimand, the employee decided they had enough and yelled they were quitting. In this example, the resignation is not likely to be viewed as clear and unequivocal as it was most likely a response to a stressful situation that the employee was facing. In such cases, the employee may be able to quickly retract their resignation on the grounds that it was not their true intention to quit. When it is unclear whether an employee resigned, the employer is required to take the initiative in determining the employee’s intentions.

An example of a case that reinforces this standard can be seen through the Ontario Court of Appeal’s decision in English v. Manulife Financial Corporation 2019 ONCA 612 (CanLII). In this case, Manulife had announced that it was going to implement a new computer system. As a result, Ms. English, an employee of Manulife, voiced concerns over her ability to learn the new system before her retirement. Ms. English had met with her supervisor and stated that she intended to retire early due to the new system. When asked by her supervisor if she was sure, Ms. English replied, “not totally.” The supervisor also indicated that Ms. English could retract her notice at any time. Ms. English provided a retirement letter stating that she would retire effective December 31, 2016.

A few weeks later, Manulife had decided that it would not implement the new computer system. As a result, Ms. English spoke with her supervisor and stated that she was retracting her notice, and she continued working for Manulife as usual. Shortly after, the Human Resources department at Manulife indicated that it was not going to accept the retraction and that it would honour the retirement letter effective December 12, 2016.

This case reinforces the importance of utilizing a contextual approach that examines all the relevant factors when determining the validity of a resignation; a surface-level approach may not prove adequate. In such cases, an employee may have an opportunity to retract their resignation.

What If I Try to Retract a Clear Resignation?

(1) Express Acceptance of the Resignation

In some cases, an employee may provide their employer with an ultimatum, stating that if something is not changed within a time frame they will quit. If a cooling-off period has passed and the employee has not withdrawn the ultimatum, the employer can accept and act on the resignation. This was the situation in Kerr v. Valley Volkswagen, 2015 NSCA 7 (CanLII), where the employee was found to have offered a clear and unequivocal ultimatum. Mr. Kerr worked as a parts manager at a car dealership and told Mr. Benjamin, his supervisor, that he wanted a raise of $100 a week or he would quit because he had another job opportunity where he would receive such a raise. Mr. Kerr was given a three-week period to improve his performance to earn his raise; however, no improvements were made, and the ultimatum was not withdrawn. After the improvement period, management accepted the resignation. Subsequently, Mr. Kerr attempted to withdraw his ultimatum but was unsuccessful. The courts found that a reasonable person observing the situation would think that Mr. Kerr had intended to resign from his position.

It is best to talk to a lawyer specializing in Employment Law if the underlying reason for resigning from your position is not because you want to necessarily leave your current position or have a different position lined up. For example, if you have been harassed in the workplace, you may have better alternatives than a simple resignation. On this topic, see Monkhouse Law’s “Resignation Letter – Harassment“.