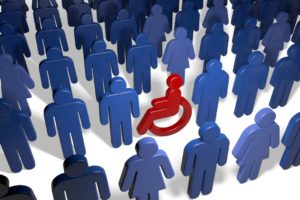 Human Rights laws protect an employee from being terminated due to a disability. We often hear concerns from employees on a disability leave regarding whether they can and will be terminated from their job. The answer depends on the specific fact scenario, as well as the legislations and recent case laws.

What is Frustration of Contract?

Under the Ontario Human Rights Code, the employee may not be terminated even partly due to a disability without the employer’s duty to accommodate the disability being engaged. However, an extended medical leave of absence may be reason for an employer to claim that the employment contract can be terminated as it is ‘frustrated’. Frustration of contract is a principle in which the employment agreement, through no fault of either party, has been effectively cancelled as the circumstances make it impossible to continue with the agreement. When this occurs, parties to a contract have been released from their obligations in the agreement.

An employee is still entitled to some payment if the employment contract has been frustrated. Under the Ontario Employment Standards Act (the ESA), when terminated due to a frustration of contract, the employee is entitled to the minimum notice period, as opposed to the more generous ‘common law notice’.

The more difficult task is to determine when the employer no longer needs to accommodate the employee’s disability and can appropriate claim the contract has been frustrated.

The Ontario Superior Court cases of Roskaft v. Rona Inc., 2018 and Naccarato v. Costco, 2010 shed light on what qualifies as frustration of contract when a long-term disability (LTD) leave of absence is involved. A look at the two decisions can provide a guideline for employers for determining whether an employment contract has been frustrated.

The Roskaft decision illustrates a circumstance in which an employer has sufficiently inquired into the employee’s condition to fulfill its obligation of establishing frustration of contract. Although at the time of termination, the employer relied on medical information that was almost a year old to allege frustration of contract, the remaining evidence indicated that the employee would not have been able to return to work in the reasonably foreseeable future. This evidence was specifically the employee’s continued receipt of LTD benefits and the failure of the employee to demonstrate that he is able to work by the date of the motion hearing. In effect, the definitive position at the time of the motion hearing that the employee was unable to return to work released the employer from needing to further clarify the status of the employee’s health.

The Duty to Accommodate

These are just some strategic directions that we explore in Monkhouse Law in a wrongful dismissal case. At Monkhouse Law, we are experienced in handling various wrongful dismissal matters, including those that involve frustration of contract and termination while on disability leave. If you are an employee or an employer dealing with similar circumstances as the above cases, it is important to ensure that the rights and obligations of all parties are being met. Call Monkhouse Law today for a free 30-minute consultation.