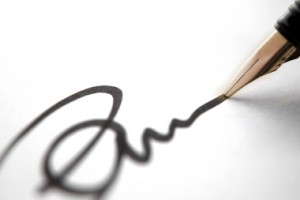 The end of an employment relationship is not always cut and dry. A frustration of contract, that is, a situation in which the terms of an employment contract can no longer be performed, occurs when an employee has been permanently disabled or has died. Section 2. (1) (4) of Ontario Regulation 288/01, a regulation under the Employment Standards Act, 2000 (the “ESA”) states that termination pay is not required when “an employee whose contract of employment has become impossible to perform or has been frustrated by a fortuitous or unforeseeable event or circumstance.”

This means that employees who are disabled such that they can never return to work are entitled to severance pay, often significant amounts of it if they have been off for a long period of time since their seniority continues to increase.

But what about the extreme example of an employee whom dies during employment or during a notice period?

As per Ontario Regulation 288/01, an employer is not required to pay termination pay if the employment contract is frustrated as a result of the employee’s death. Even the Ministry of Labour’s “Severance Tool” states that an employer will not have to provide severance if the employee dies (It also says this regarding injury or illness, above).

Therefore, combining the above, employers often attempt to ‘wait out’ employees. That is, to not have them declared totally disabled in order to wait for them to pass away so that they can argue that they don’t have to pay out severance payments.

It is important that if you have been on long term disability leave for more than two years that you contact a lawyer in order to access the severance pay that you are owed. If you wait too long your estate won’t be able to collect!

In 1989, the then-named Supreme Court of Ontario – High Court of Justice awarded the estate of a deceased employee damages for his employer’s actions in Card Estate v. John A. Robertson Mechanical Contractors (1985) Ltd. [1989] O.J. No. 1129. The employee had, prior to his dismissal, taken time off of work for a cancer surgery. Following his return to work, his employer advised him that he would be taking an unpaid leave of absence, and terminated the employee from the company life insurance policy, without his consent, and without informing him of same. The employee logically assumed that he had been dismissed and obtained re-employment, the duties of which resulted in an additional injury and hospitalization, upon which the employee learned that his cancer had returned. Less than one year later, the employee died, and his estate sued for wrongful dismissal, punitive damages, mental distress damages and damages for loss of benefits. At trial, the punitive and mental distress damages were denied, but the employee’s estate was awarded 12 months’ notice, as well as $50,000.00 in lost benefits.

More recently, a British Columbia Court found that a deceased employee was entitled to notice. In Wightman Estate v 2774046 Canada [2005] B.C.J. No. 2273, the Plaintiff, whom had been employed for 28 years, went on disability leave as a result of kidney failure and an unsuccessful transplant. Less than one year following his initial leave, the company was sold, resulting in the termination of the Plaintiff and its other employees. The Plaintiff received a severance package that did not include a reasonable notice period following the termination, and passed away three months later. His estate subsequently sued the Plaintiff’s employer for wrongful dismissal. The court held that the contract had been frustrated given the Plaintiff’s lengthy absence from work (21 months). When the matter was appealed ([2006] B.C.J. No. 2164), the appeal was dismissed. Interestingly enough, the court did not take the approach that the Plaintiff’s death automatically disentitled him from benefits, merely focusing on his absence from work as the frustrating element.

Generally, severance pay is owed when the contract is frustrated. Generally, this happens in Ontario after about two years when there is evidence showing that the employee will not be able to return to work (Naccarato v. Costco 2010 ONSC 2651).

Therefore, if for instance, an employee passes away in a car crash on the way to work they would not get compensation. But if an employee has been on leave for many years before they pass away it is likely that the employee will be able to argue that the contract was frustrated before their passing, therefore meaning that they would be owed notice and severance pay.

This complex area of law, for both employers and employees, requires an employment law expert. If you run into any issues with frustration of contract it is important that you consult with a legal professional right away. Contact Monkhouse Law today for a free consultation.