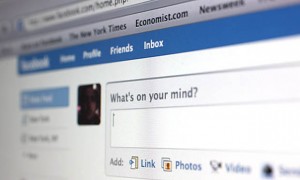 Facebook, a popular social network that began in 2004, is a place where many people have been tagged in, or submitted posts which could be classified as “less-than-becoming”. But what happens when such a post is seen by your boss/co-workers or is about your boss/co-workers?

The following matters demonstrate what can happen when an employee posts unprofessionally and offensively on Facebook. For the purpose of this article, we use a lot of arbitration cases, which relate to Unionized employees as most Facebook-related non-union cases settle. If you are not unionized and have Facebook related issues at work make sure to contact an employment lawyer today.

Commenting on the greater popularity of Facebook-related dismissals in the arbitration of Alberta Distillers Ltd. v. United Food and Commercial Workers, Local 1118 (Whiteside Grievance) [2009] A.G.A.A. No. 46, Arbitrator Peter F. Chauvin stated at paragraph 112 of his decision that:

“It is well-established that inappropriate Facebook postings can result in discipline or discharge, depending upon the severity of the postings. The nature and frequency of the comments must be carefully considered to determine how insolent, insulting, insubordinate and/or damaging they were to the individual(s) or the company. In some cases, the issue is whether the comments were so damaging or have so poisoned the workplace that it would no longer be possible for the employee to work harmoniously and productively with the other employees or for the company.”

This matter involved several employees who had posted inappropriately and unprofessionally on their respective Facebook pages. Out of the three employees, only one employee’s dismissal was upheld as he had made numerous posts over a 16 month period which were found to be incredibly offensive to the company and were comprised of constant complaints regarding his working conditions and superiors. The other employees faced suspensions, but termination was not found to be appropriate for their actions on Facebook.

In 2012, a Canada Post employee decided to post a series of statements on Facebook regarding her supervisors and boss which were considered rude and unprofessional by her employer (Canada Post Corp. v. Canadian Union of Postal Workers (Discharge for Facebook postings Grievance, CUPW 730-07-01912, Arb. Ponak) [2012] C.L.A.D. No. 85). The posts were viewable by her Facebook friends, as well as her co-workers, and thus provided for a negative image of the employer and supervisors.

The grievor was terminated after her superiors caught wind of the posts. She submitted a grievance, alleging that her supervisors and boss were responsible for the statements on the basis of their contribution to a negative work environment. These arguments were rejected by the Arbitrator, and the grievance was dismissed.

Threatening Posts Cause for Termination

A similar (albeit more serious) matter went before the British Columbia Labour Relations Board in 2010, in Lougheed Imports Ltd. Operating West Coast Mazda doing business as West Coast Detail & Accessory Centre and United Food and Commercial Workers International Union, Local 1518 [2010] B.C.L.R.B.D. No. 190, wherein a Detailer had posted increasingly threatening and disturbing posts on his Facebook timeline, which was visible to his Facebook friends, including his Reconditioning Manager. The posts would say things such as “accidents do happen.”, “stress relief anyone?” and mentioned criminal acts, legal proceedings and combined these comments with photos from the television series Dexter, a show about a vigilante killer.

The Detailer later became abrasive during a work meeting, and after being reprimanded, his Facebook posts became more directed at management and supervisors, making reference to sexual acts or pointed defamatory comments relating to his employer and the business, telling his Facebook friends (and anyone else who could view the post) that his employer was a crook and that they shouldn’t spend their money there.

An investigation was held, during which the Detailer denied making the statements and that the statements he did make were taken out of context. When the case proceeded before the Board, the Board held that, while the evidence alone would not have necessarily been sufficient to establish just cause, that the Detailer’s dishonesty during the investigation process, alleging that the statements were not made by him, in conjunction with the conduct in attempting to eliminate business from his employer supported a finding of just cause.

As the arbitral cases above demonstrate, an inappropriate and/or defamatory Facebook post in relation to your business is, in the right circumstances cause for termination, however you should not jump to this conclusion. An Employment Lawyer can provide advice on how to deal with inappropriate employee Facebook posts-there are other options than termination which may reduce your liability in the long run. Contact Monkhouse Law today for a free consultation.

If you have been terminated because of something which you posted on Facebook, it is wise to contact an Employment Lawyer. While the ability to obtain a legal remedy will depend on the nature and quantity of such posts, a wrongful dismissal matter is not automatically eliminated. The standard for a with-cause termination remains quite high and it is crucial that all factors are examined in order to assess whether you have a case. Contact Monkhouse Law today for a free consultation.