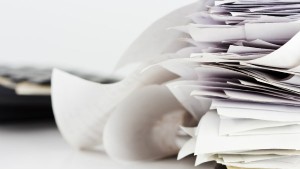 New Developments in Termination Provision Jurisprudence
The 2014 case of Ford v. Keegan, 2014 ONSC 4989 (CanLII) has caused quite a stir within the employment law sector with regard to determining when termination clauses within employment contracts will be found invalid. Specifically, Ford v. Keegan challenges the argument that clauses which could violate employment standards legislation should be found invalid from the contract’s implementation, and not just when the violation occurs.

A quick overview of the principles of these decisions is as follows:

In these cases, the Plaintiffs, who were wrongfully dismissed, argued that their employers could not limit them to the termination amounts outlined in their respective contracts on the basis that the clause provided a fixed notice period which would eventually, had their respective tenures continued, be in violation of the Employment Standards Act, 2000 given that they would at that point be provided upon termination with less notice under their contracts than that which they would be entitled to under the Employment Standards Act, 2000. The court in both decisions disagreed, finding that the clauses would only be found invalid at the time they actually allowed for an employee to receive less than they were entitled to under employment standards legislation, and not from the outset.

Decisions Wherein Clause was Found to Be Invalid

In this decision, the Plaintiff argued that his employer could not limit him to the termination amounts outlined in his contract on the basis that the termination clause, which noted that he could be paid either employment standards minimums or salary in lieu of that notice, purported to deny him his other entitlements throughout the notice period (the Plaintiff was also provided with pension contributions and a car allowance throughout his employment, which would have been considered part of his remuneration). The court agreed, and also noted that the clause, which was ambiguous and could not stand. The Plaintiff was awarded reasonable common law notice.

In this decision, the Plaintiff, argued that his employer could not limit him to the termination amounts outlined in his contract on the basis that the clause, which did not specifically outline that benefits would be continued throughout the notice period, would provide him with less than his entitlements under the Employment Standards Act, 2000 (Section 61(1) specifically notes that an employer must continue to make benefit plan contributions during the notice period). The court agreed, finding the clause invalid and awarding the Plaintiff reasonable common law notice.

In the decisions wherein the respective termination clauses were upheld, the court noted that this was due to the fact that it wasn’t clear and obvious that the employer intended to violate employment standards legislation by drafting and implementing the termination clauses in the respective contracts. The court in Goldsmith recognized that the court in Wright was correct on their ruling of invalidity, given that it was clear that the employer intended to provide its employees with less that their statutory entitlements. However, in Ford, the court disagreed with the Wright decision, finding that it would be obvious to an employer drafting such a clause that it would become invalid at a certain point.

The clause in Wright is as follows:

This payment will be inclusive of all notice statutory, contractual and other entitlements to compensation and statutory severance and termination pay you have in respect of the termination of your employment and no other severance, separation pay or other payments shall be made.”

In Ford, the agreement merely contemplated that the employer could terminate the agreement by providing the Plaintiff with 30 days’ notice. It is a clause that would often be invalidated in an employment context, however Ford was closer to being an independent contractor.

Points of Interest
It should be noted that both Goldsmith and Ford are recent decisions, meaning that appeal is still possible. That said, Goldsmith is the more instructive decision with regard to termination clauses, given that it is a) more recent than Ford and b) it notes that termination provisions which make an employer’s intentions clear can still be found invalid at the outset, and not at the point they will result in an employment standards violation.

Justice Pollak who decided Goldsmith is also a well known Toronto Employment judge, and so her decision will doubtlessly be read carefully by Toronto counsel.

The Wright clause was quite clear but contemplated later-term employment making the employer’s intentions clear. While the clause in Ford was also demonstrative of the employer’s intent, the court’s finding of validity was entirely based on the presumption that the Defendant would have known that the clause would have become invalid after the 30 days’ notice became less than the Plaintiff’s entitlements at law.

Therefore, there are still grounds for arguing that clauses which would violate the ESA in the future are invalid, but the totality of the contract should be examined. And you might be better off with arguing a denial of benefits, in whatever form they might be, as per Miller v. ABM.

If you have been terminated and have been provided or offered an amount which you feel is less than adequate, contact Monkhouse Law today for a free consultation.