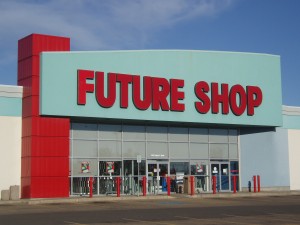 This week, Best Buy Canada announced that it would be shutting down Future Shop stores across Canada, with some locations being converted into outlets. All in, the decision resulted in approximately 1,500 job losses.

A similar corporate decision was made in January 2015, wherein Target Canada announced that it was closing all 133 stores in Canada and laying off approximately 17,600 employees. The laid-off employees were effectively left without an ability to collect monies due or severance given that Target Canada had gone bankrupt. They were given working notice, but no payment in lieu of severance or common law notice. They had to rely solely on EI.

Future Shop Canada employees- whom have been paid by Best Buy Canada since its acquisition of Future Shop in 2001- are not at the same disadvantage. Laid off Future Shop employees will not be denied access to the courts given that Best Buy- their employer- is still financially secure.

A bankrupt employer, such as Target Canada, will file for bankruptcy and will receive court protection from creditors. Employees who choose to go after the bankrupt employer will thus have to participate in the bankruptcy process in order to recoup their losses. However, in the bankruptcy process, certain creditors- called “secure” creditors- are given priority over other creditors in that they are paid out for amounts owing first once liquidation is accomplished. In the event that there is still money remaining by the time that “unsecured” creditors- the laid off employees, are “up to bat” they will then have to substantiate their claim for amounts owing.

Monkhouse Law is willing to waive our customary consultation fee for an in-person consultation for any Future Shop employees who would like their contracts reviewed by a lawyer in-person.