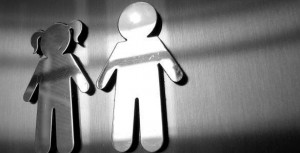 It may have taken several interviews with Laverne Cox, but the world is starting to realize that the public has a perception problem with transgender individuals. Statements such as “you were born a boy/girl” or references to transgender individuals as “it” are downright offensive and are more common than you might think.

While these ‘main players’ certainly adapt, the question is “were they too late to the game?”. Gender identity discrimination is a prime example of how Canadian legislation, despite its evolutionary attributes, is not always as current as we would hope. The changes made to the Ontario Human Rights Code, R.S.O. 1990, c.19 (the “Code”), which was approved in January of 2014 and released in April of 2014, however, is a step in the right direction.

Under the new provisions of the Code, gender expression is defined as “how a person publicly presents their gender. This can include behaviour and outward appearances such as dress, hair, make-up, body language and voice. A person’s chosen name and pronoun are also common ways of expressing gender.”

According to the new provisions of the Code, “Discrimination happens when a person experiences negative treatment or impact, intentional or not, because of their gender identity or gender expression. It can be direct and obvious or subtle and hidden, but harmful just the same. It can also happen on a bigger systemic level such as organizational rules or policies that look neutral but end up excluding trans people. Friends, family or others who face discrimination because of their association with a trans person are also protected.”

This is not the first time that the Ontario Human Rights Tribunal has encountered discrimination on the basis of gender identity. In the 2012 matter of XY v. Ministry of Government and Consumer Services 2012 HRTO 726, the Applicant, a transgender female, had made a complaint against the Minister of Government and Consumer Services on the basis that she had applied for a change in her birth certificate after her transition but had been denied. The Respondent alleged that pursuant to the Vital Statistics Act, R.S.O. 1990, c. V.4 the Applicant did not meet the criteria for a change in sex designation. At the tribunal, it was held that the Respondent was not to require individuals to have specific surgeries in order to change their sex designation on their birth certificate. It was also found that the Respondent’s specific requirements in order to achieve a change in sex designation constituted discrimination.

The issue of gender identity discrimination is also currently before the Alberta Human Rights Commission. The matter of Greater St. Albert Roman Catholic Separate School, District No. 734 v. Buterman, 2014 ABQB 14 (CanLII) involves a Catholic school teacher, Jan Buterman, who was removed from the school’s substitute teacher list after disclosing his transgender status to the school’s Deputy Superintendent. The school specifically acknowledged in their letter to Buterman that the reason for his removal was this status.

If you identify as transgender and have experienced differential treatment within the workplace as a result of workplace comments, conduct or policies related to your gender identity, or have been terminated because of your gender identity, contact Monkhouse Law for a free consultation. Human Rights Violations are a serious issue and you may be entitled to a remedy at law if a violation has occurred.