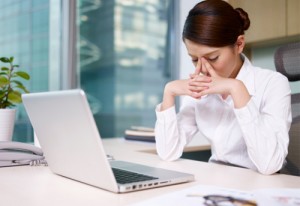 Harassment within the workplace is a prevalent issue and is something many employees consult an employment lawyer for. But what makes harassment in the workplace an issue for which damages could be awarded? This weeks’ blog post examines this common issue in further detail.

Since Bill 168, which dealt with workplace harassment and bullying, passed in Ontario there has been a lot of focus on ‘harassment’ as a workplace issue. However, Bill 168 does not contain an enforcement mechanism and so harassment must be dealt with through the Courts, or the Human Rights Tribunal.

Perhaps the most infamous case in harassment is Boucher v. Wal-Mart Canada Corp. [2014] O.J. No. 2452. The case involved workplace harassment of an employee, specifically humiliation in front of her co-workers, up to and including physical conduct which was inappropriate and unwanted, from a superior which occurred regularly and over a longer period of time. The Plaintiff was awarded $1.1 million at trial as against her superior and Wal-Mart combined, an amount reduced to $110,000.00 on appeal.

The recent decision of O.P.T. v. Presteve Foods Ltd., 2015 HRTO 675 (CanLII) involved immigrants whom had relocated to Ontario to work for the Defendant, who operated a fish processing plants. Throughout their employment, the Applicants were subjected to sexual harassment and assault, including forced intercourse and inappropriate touching. The court awarded $150,000.00 in damages for injury to dignity, feelings and self-respect for the effect the conduct had on the Applicants.

Therefore, certainly harassment cases can lead to large awards in certain circumstances. However, these cases do not represent the norm; most harassment cases are an uphill battle given the nature of workplace harassment: it often occurs out of sight, is not always physical and does not always result in mental distress.

In accordance with human rights legislation, harassment is defined as “a course of vexatious comment or conduct that is known or ought reasonable to be known to be unwelcome.”

At common law, harassment in order to be found as warranting a damage award, must have the following elements:

a) occurred more than once;
b) the harasser was told that the conduct was not welcome, or should have known that it was not; and,
c) the conduct has a physical or mental effect on the victim stemming past the interaction.

These factors were present in the cases of Boucher and O.P.T. and are essential to a harassment claim’s success. Ultimately, while workplace harassment is a tragic issue that affects multiple workplaces it is difficult to establish in a court of law.

Finally, in many cases, a finding of harassment would result in a non-monetary award such as an order for workplace anti-harassment training or an order to comply with Bill 168 regarding anti-harassment.

If your harassment issues in the workplace meet the test for harassment, it’s best to contact an employment lawyer to see if a legal remedy may be available. While most cases will not, as noted, meet the legal test, let alone meet the criteria for a significant damage award from court action, there are success stories, like those above, wherein judgment has been granted. Ensure that you have taken all the appropriate internal steps (making your employer aware of the harassment, etc.) prior to contacting a lawyer.