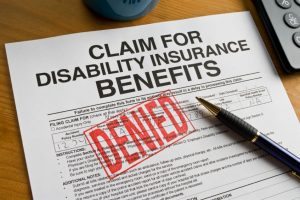 Long term disability, should I ask for reconsideration? (no, just hire a lawyer) The experience of applying for long-term disability (LTD) benefits can be exhausting and confusing to many applicants. Once sending out denial letters, insurers typically impose a 90-day deadline to “appeal” the decision and limit the applicants to three opportunities to appeal. Applicants who then oblige and submit the appeal within the deadline are usually denied again, with insurers claiming that the applicant does not fall under its definition of “totally disabled”. After multiple visits to physicians, and medical documents submitted and supplemented, insurers may deny you until the appeal process has been exhausted.

But what people do not realize is that these appeals are not impartial appeals and that in our experience over 99.5% of appeals are not granted. In fact, in many instances, the appeals are just the insurance company waiting, and then denying after a suitable amount of time.

What is worse is this process may extend until the actual deadline is passed. Contrary to what insurers may have led the insureds to believe, the allowed amount of time to claim for disability benefits in courts is two years according to the Limitations Act, 2002, SO 2002, c 24, Sch B. However, since insureds are not usually aware that their insurer’s internal deadline will not matter in the court, their claim is dragged through multiple appeals until this two-year limitation period has expired. If it was an impartial appeal process then, by law, the length of time would extend, but it has been ruled to not be an impartial appeal process.

Many of the claims that insurers deny can swing in the insured’s favour had a lawyer been hired from the outset. There are cases in which the two-year limitation has passed, but the lawyer is able to redeem the long-term disability claim using technical arguments.

For example, in Kassburg v. Sun Life Assurance Company of Canada, 2014 ONSC 1523 (CanLII), the insured claimed to be totally disabled since October of 2007 and was first denied in 2008.  After a lengthy correspondence was exchanged, and all three levels of appeal were exhausted, she was denied in February of 2011. The insured decided to seek legal advice and commenced an action in February 2012.

The defendant’s counsel raised the obvious issue of the claim extending beyond the two-year limitation period. To counter this argument, the plaintiff’s lawyer reasoned that Sun Life’s correspondence contained ambiguous language such as “The medical information is insufficient to demonstrate….” or “The medical documentation on file does not justify.” Such language, the plaintiff’s lawyer argued, was not a “clear denial” of the long-term disability claim. The judge agreed that the language leaves open to interpretation that the decision is not final. The judge further held that the statutory limitation period does not begin to run unless there has been a clear and unequivocal denial of benefits by the insurer.

In another case of missed deadline, the plaintiff in Dube v. RBC Life Insurance Company [2015] ONCA 641 had applied for long-term disability benefits three years after a car accident that resulted in his disability. RBC Life Insurance subsequently declined his claim because he failed to provide proof of claim with the 90-day period under his LTD policy. Dube decided to hire a lawyer to contest this decision.

Dube appealed. The motions judge and the Court of Appeal applied a three-part legal test for interpreting s.98 of the Courts of Justice Act to determine if Dube should be granted relief from forfeiture of his claims. Fortunately for Dube, the judges held that Dube did not forfeit his right to LTD benefits since the obligation is on his employer to correctly inform him of his entitlements, and thus, the deadline has not passed for Dube to claim for LTD.

If your Long Term Disability Insurance is denied, don’t waste time arguing in appeals, just hire a lawyer and appeal to the Court, which is the only actual appeal method for appeal.

In both cases explored above, technical, legal arguments needed to be made to reason that the plaintiffs were not barred from claiming for LTD under the 90 day appeal deadline and the two-year limitation period. Insurance companies are not oblivious to the decisions in these cases; many insurance companies, for instance, have ensured that the language in their letters clearly denies the LTD claim, which would trigger the start of the two-year limitation period. Seeking legal advice immediately after being denied not only removes the risk of passing this deadline, it alleviates the frustration of dealing with the health provider and insurers during a period when the insured is already experiencing difficulties from their disability.