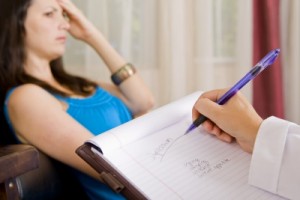 Many individuals are familiar with the implications of failing to identify and address mental health issues in the workplace. However, on March 24, 2015, the consequences of workplace mental health reached a new high when Andreas Lubitz, the co-pilot of a Germanwings Airbus A320, crashed the plane into the French Alps, killing all 150 passengers. It was later disclosed that Lubitz suffered from severe depression and had been examined by his employer’s parent company doctors at least six times for mental health issues. His employer claimed that this information was not provided to them directly.

Statistics Canada’s article, “What’s stressing the stressed? Main sources of stress among workers” addresses the growing public concern related to mental health issues and workplace stress. As the article notes, in 2010, more than 1 in 4 Canadian workers “described their day-to-day lives as highly stressful.” The article mentions that the federal government agreed to provide funding to the Canadian Mental Health Commission in 2011 in order to develop additional safeguards within the workplace in order to reduce mental health issues associated with employment. This initiative and the data conveyed by Statistics Canada are illustrative of increased government interest in preventing mental health issues within the workplace.

An employer is required to accommodate disabilities to the point of undue hardship under the Ontario Human Rights Code, R.S.O. 1990, c.19. But what about when an intangible, mental disability is at play? As Black, Gropper & Company and Roper Greyell LLP note in their 2007 publication, Advice to Unions and Employers Regarding Accommodation of “Invisible” Disabilities, the employer is required to investigate and then accommodate to the point of undue hardship.

This duty came into play in the 2007 Human Rights Tribunal of Ontario decision of Lane v. ADGA Group Consultants Inc. 2007 HRTO 34 (CanLII). In Lane, the Applicant was hired as a Quality Assurance Analyst with the Respondent, a consulting firm specializing in technology design and engineering. Lane suffered from bipolar disorder, a fact which he indirectly advised his supervisor of two days following his first day of work. Lane specifically told his supervisor to monitor him for specific behavioural patterns, which may result in an episode, requiring intervention. Lane did not specifically identify that he suffered from bipolar disorder. On his fourth day of work, Lane again spoke to his supervisor and told her directly that he suffered from bipolar disorder. Between Lane’s fourth and eighth workdays, he exhibited concerning behaviour which the Respondent’s staff began to notice. Eventually, Lane was terminated after only eight days of work and subsequently submitted a complaint to the Tribunal, alleging that he had been discriminated against on the basis of disability.

When the matter proceeded before the Tribunal, it agreed with Lane, noting that the Respondent had failed to accommodate him and had violated his right to be free of discrimination in the context of employment. Lane was awarded $35,000.00 in general damages and $10,000.00 for mental anguish. ADGA appealed the decision a year later but the appeal was dismissed.

As the above information and case law demonstrates, a company decision to summarily dismiss a disabled employee or to not investigate suspicious behaviour and accommodate when a disability presents itself is highly risky and exposes the company to significant liability. If you are unsure how to proceed in the instance of a disabled employee, or a mentally ill employee, contact Monkhouse Law today for a free consultation.

If you have been dismissed after disclosing a disability to your employer or after requesting/ requiring accommodation for that disability, you may have a legal remedy available to you. As the case above demonstrates, even “invisible” disabilities must be accommodated. Contact Monkhouse Law today for a free consultation.