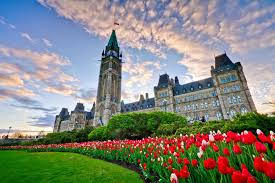 Federally regulated workers know that they are not subject generally to Ontario laws. For instance, they are under the Canada Labour Code instead of the Ontario Employment Standards Act, 2000.

So many feel that therefore the new minimum wage increase would not affect them, it is the Ontario government, not the federal government who is increasing the rates.

However, the real answer is much more complex and often means that the increase affects everyone who works in Ontario.

Historically it was determined that Provincial labour standards laws do not apply to federally regulated employees, these hard-fought cases were determined at the Supreme Court in both 1966 (1966 SCR 767) and 1988 (1988 1 SCR 749) Bell Canada fought to have no minimum wage affect federal workers and won. Because the Federal government did not have a minimum wage, that meant there was none.

However, the Canadian Federal government stepped in and enacted the argument they had made in the Bell Canada cases, that is that Federally regulated workers within each Province would be subject to the minimum wage within that province.

Today this provision is included in the Canada Labour Code itself, specifically S. 178(1)(a) which preferentially incorporates the minimum wage for federally regulated employees within a province to be the same as those within the province.

178 (1)  Except as otherwise provided by or under this Division, an employer shall pay to each employee a wage at a rate (a) not less than the minimum hourly rate fixed, from time to time, by or under an Act of the legislature of the province where the employee is usually employed and that is generally applicable regardless of occupation, status or work experience; or

And these laws are enforced by tribunals and the Court. For instance in Chaudhry v Eldomar Logistics Inc, 2012 CanLII 50996 (CA LA), shows the tribunal applying the provincial laws.

Par 22.  Pursuant to s. 178 of the Canada Labour Code an employer “shall pay to each employee a wage at a rate not less than the minimum hourly rate fixed, from time to time, by or under an Act of the legislature of the province where the employee is usually employed and that is generally applicable regardless of occupation, status or work experience”.  Minimum wage in Ontario was $9.50 per hour from Mr. Chaudhry’s start date until March 31, 2010.  Accordingly at minimum wage he should have earned $2527 (38 days at 7 hours per day x $9.50).

Therefore, the current law is very clear that, unless the federal government has made an exception, that any federally regulated employee who is ‘usually employed’ within a certain province is therefore subject to the same minimum wage as everyone else in Ontario or any other province.

If you are an employer or an employee who needs legal advice based on how the changes to the Ontario and Federal Laws affect you, make sure to contact Monkhouse Law.