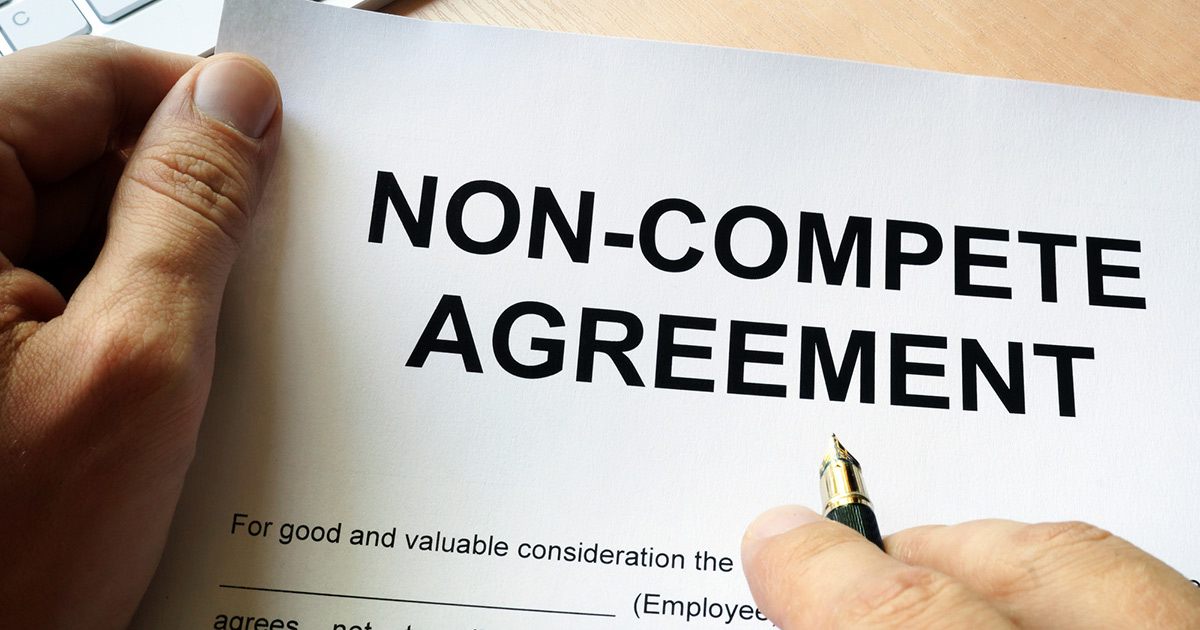 A non compete clause in Ontario is a provision that some employers include in their employment contracts to prevent former employees from working for a competing employer or from starting their own business that provides the same services.

It is important to note that non-competition is not an implied term of an employment contract in Ontario. This means that employers must include these clauses in the employment contract for them to be enforceable. In this article, we will answer some of the questions employees ask about non compete clauses.

Is a non compete clause enforceable in Ontario?

Courts in Canada are reluctant to enforce non compete clauses found in employment contracts. For this reason, these clauses are presumptively unenforceable unless very specific criteria are met. In order to be enforced, the clause needs to be reasonably limited in its geographic application, the amount of time it covers and the limitations on activities the former employee can engage in. Courts aim to uphold the public policy objective of keeping people employed to contribute to the tax base and will only enforce the most particularly worded and narrow non compete clauses. Often employees are concerned about their options once they leave their former employer and, for peace of mind, it is important to get legal advice and professionally assess non compete clauses.

In 2021, the Government of Ontario introduced Bill 27, Working for Workers Act, 2021 which enacted a ban on non-competition clauses, except for employees working in an “executive” role (such as a Chief Executive Officer or Chief Financial Officer role, for example). This Bill became law on December 2, 2021; however, it retroactively took affect to October 25, 2021, the day in which the bill was introduced. This means that if you have signed an employment agreement with a non-competition clause after October 25, 2021, the non-competition clause is not enforceable. Further, this statute prohibits any employer from entering into an employment contract or other agreement with an employee that includes a non-compete agreement. Click here for more information on Bill 27.

Is a non compete clause valid if you are fired?

The employer who breaches an employment agreement and terminates the employee cannot rely on the non compete, to do otherwise would allow the employer to benefit from their own breach of contract. The Alberta Court of Appeal in Globex Foreign Exchange Corporation v. Kelcher clarified that the employer who wrongfully dismisses an employee cannot rely on the contractual non compete. In such circumstances, it is important to consult with an employment lawyer to assess whether the termination was indeed wrongful and if it would invalidate the non compete clause.

Are you subject to a non compete agreement?

What happens if you violate a non compete clause?

The consequences for the violation of a non compete agreement will depend on whether the agreement is enforceable at law. If the clause is enforceable, the contract may include an agreed upon amount of damages. Otherwise, the employer will be able to advance a claim for loss of profits or an injunction preventing the former employee from engaging in the competing activity. Even in the event that the clause is not enforceable, the employee may still be subject to a lawsuit, which will require a legal defence.

Why you should not sign a non compete agreement?

You should be very careful about agreeing to non compete clauses and should have these reviewed by an employment lawyer before signing. Where an agreement is enforceable, it could successfully prevent an employee from taking on future employment with a competing business or starting a competing business of their own. Violating these clauses can also lead to lawsuits in which employers will seek damages for lost profits or an injunction against the former employee.

Monkhouse Law is an employment law firm in Toronto and we have extensive experience with employment non compete clauses. We offer contract review services and tenaciously pursue our client’s entitlements through negotiations and litigation. For more information, please see Non-Competition and Non-Solicitation Clauses 101. We also have a helpful video by employment lawyer Andrew Monkhouse on Non-Competition and Non-Solicitation Clauses [2:49 min].

How do you get around a non compete clause?

This article was written by Walter Yoo, employment lawyer at Monkhouse Law. Walter specializes in fighting wrongful dismissal for employees.