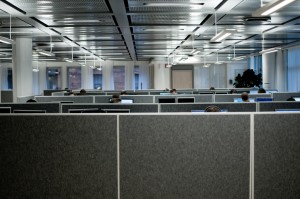 There are overtime misconceptions about the law. With the exception of certain positions (managerial or supervisory), employment capacities (independent contractors and consultants) land certain industries (i.e legal professionals, internet technology professionals- see the ESA and its regulations and the Ministry of Labour’s guidelines for more info. Employees are entitled to overtime pay of at least one and a half times their regular rate for each hour of work they complete in excess of 44 hours in each workweek, as per Section 22(1) of the Employment Standards Act, 2000.

Many employers believe that overtime needs to be “pre-approved”, despite there being no statutory provision stating this. Even with a contractual term in an employment contract indicating this, such a policy is typically not enforceable, as it purports to violate an employee’s entitlements under the Employment Standards Act, 2000 or, in the instance of federally regulated employees, the Canada Labour Code R.S.C. 1985, c.L.2.

Pursuant to Ontario Regulation 285/01 employees are entitled, under section 6(1), to overtime compensation as the work was nonetheless performed, even if there was no authorization.

Further in Fulawka v. Bank of Nova Scotia [2010] O.J. No. 716, a group of employees who had held various positions at the Bank of Nova Scotia (“Scotiabank”) were granted certification to proceed with a class action lawsuit against the bank for overtime compensation. The employees had been denied overtime compensation by the bank due to an overtime policy which required “pre-approval” of overtime hours. The employees noted that they were required to work overtime in order to satisfy the obligations of their positions, that the work “culture” deterred employees from requesting payment for these extra hours, and that even when a pre-approval request was submitted that it was typically denied.

Unfortunately, the bank’s records of overtime were insufficient to assist the employees given that timesheets were not maintained for staff, leaving overtime hours difficult, but not impossible to substantiate- alternate methods, such as sampling, were noted by the motions judge as methods which could be utilized to reach a determination as to the quantum of overtime pay owing to the class. The motions judge noted that Scotiabank’s system which did not readily allow for pre-approval was ultimately what advanced the class action, given that a similar group of employees at the Canadian Imperial Bank of Commerce (“CIBC”) had also attempted a class action for overtime in Fresco v. Canadian Imperial Bank of Commerce [2009] O.J. No. 5321 but had been unsuccessful given that CIBC’s overtime approval policies allowed for approval following the incurrence of the overtime hours, making the system more readily accessible for employees.

Even overtime compensation requests stemming years back have been approved by the courts. In Stastny v. Dependable Turbines Ltd. 2009 BCSC 1648, a machinist who had been laid off multiple times during his 20 years with the Defendant was terminated on theft allegations which were later abandoned. When he sued for wrongful dismissal, he also asked for damages representing overtime hours worked but unpaid. The court awarded him overtime stemming six (6) years before his termination, the sum of $39,006.25, based on an average of his wages, which had increased in his later years with the company, plus 15 months’ notice.

As the above authorities demonstrate, an overtime system that is implemented by an employer if it allows for approval of overtime hours on a reasonable basis will be sufficient for an employer’s overtime policy to maintain compliance with employment standards. Policies and corresponding systems that purport to eliminate employee entitlements and allow for free labour will not be tolerated and the employer can face further damages should employees advance a case.

If your employer does not implement a “punch in/punch out” system, the best way to ensure that you are keeping a time-stamped document or “diary” of hours worked. Specifically, for sales employees, or other industries which require you to be “on-call” for clients after hours, keeping screenshots of your call logs, or saving emails which are sent after hours to clients or your colleagues is helpful to substantiating overtime claims.

If you have any issues with your overtime being unpaid make sure to contact Monkhouse Law today for a free consultation.