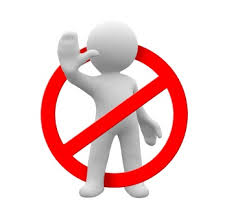 In certain circumstances, employers try to limit their employee’s ability to work at competing businesses, especially when employees are involved in a sales or business development role. There is a growing trend across professional service industries of including liquidated damages clauses in place of traditional restrictive covenants such as non-competition and non-solicitation clauses.

These new protections are clauses found within employment contracts in professional service fields that state the employee can compete against the employer right away, even the day after leaving, but at a price. If the employee competes within the same region, or solicits clients, the employee will owe damages to the employer, usually measured by a certain number of months of revenue or billings.

When the courts have examined these clauses, they have found that they are in fact restraints on trade, but are not unlawful restraints.

What are traditional restrictive covenants?

Traditionally, employers have used non-competition and non-solicitation provisions to protect their interests. A non-solicitation clause prohibits a departing employee from soliciting the customers of his or her previous employer. A non-competition clause does more than merely attempt to protect the employer’s client or customer base; it attempts to keep the former employee out of the business altogether.

Courts hesitate to enforce these clauses, as they are a restraint on trade, which is against the public interest, as they limit both the employee’s options and consumer choices in the marketplace. The clauses are prima facie unenforceable unless the drafter can show they are reasonable. In determining if the clause is reasonable, the courts will look at temporal and geographic restrictions, the nature of the proprietary interest the business is seeking to protect, and the breadth of the restriction.

In Ontario, where a non-solicitation clause is sufficient to protect the legitimate business interests of an employer, a non-competition clause will be found to be of no force and effect. When courts find errors in either type of clause, the courts will typically strike these clauses down rather than read them down to render them enforceable.

More and more professional businesses, such as optometrists, veterinarians, and dentists are using liquidated damages clauses to protect their interests instead of traditional restrictive covenants. While to many employment lawyers these appear to be penalty clauses by another name, the courts to date appear willing to uphold these clauses.

The parties in Jones v Gerosa et al are dentists who formerly practiced together in Fort McMurray, Alberta. Dr. Robert Jones the Plaintiff in the case was the owner of the clinic and Dr. Mary Gerosa and Dr. Jack Phan were two associates who worked at the clinic and left to start their own practice. Both Dr. Phan’s and Dr. Gerosa’s contract contained the following clause:

Justice Graesser agreed with the Defendants that this was a restraint on trade, as it is essentially a licence to compete after leaving their employer. However, based on the revenues of the new business, this was found to be a reasonable restraint and the quantum more akin to a liquidated damages provision than a penalty clause.

Two years prior to Jones, the British Columbia Court of Appeal was faced with a similar set of facts in Rhebergen v. Creston Veterinary Clinic Ltd.. In Rhebergen, the employee was a veterinarian employed by Creston Veterinary Clinic who started her own mobile clinic after ceasing employment with the Defendant. Her employment contract had contained the following clause:

As opposed to Jones, the trial judge, in this case, came to the opposite conclusion and found the clause to be an unreasonable restraint on trade partially due to vagueness and subsequently struck the clause down. Creston appealed the decision to the Court of Appeal.

If you want to protect your business interests in the event key employees leave, you should ensure an experienced employment lawyer drafts your employment contracts and restrictive covenants. Monkhouse Law has experience in drafting enforceable clauses that protect your interests and enforcing those clauses when a key employee leaves. Contact us today.

While the clauses in these cases were upheld, many restrictive covenants are drafted improperly rendering them unenforceable. If you would like advice on a non-competition and/or non-solicitation clause in your contract, contact us today.