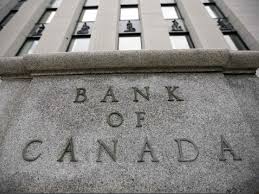 Bank of Canada Governor Stephen Poloz recently made some misguided comments on solutions for young people who are having difficulty obtaining secure employment.

However, these actions can potentially put the financial, and physical, safety of our youth at risk.

Poloz made the following statement to Ottawa reporters on November 3, 2014:

“When I bump into youths, they ask me, you know, ‘What am I supposed to do in a situation?’ I say, look, having something unpaid on your CV is very worth it because that’s the one thing you can do to counteract this scarring effect. Get some real-life experience even though you’re discouraged, even if it’s for free.”

Poloz’s comments, which can only be summarized as a suggestion that the young and unemployed work for free in order to solve their problems, were highly insensitive, especially when the issues surrounding unpaid positions are considered.

His comments are potentially dangerously misleading youth who hear them into taking part in illegal, unsafe, workplace situations. While there are some positions where unpaid work makes sense, for instance when supervised by a college, university, or governing professional body, the vast majority of unpaid internships are illegal.

Unpaid interns represent a significant percentage of the workforce. Although Statistics Canada does not keep track of how many, labour activists recently estimated the number of unpaid interns to be over 300,000.

The first issue is that currently, in Ontario, youth who are working in unpaid internships are, according to a ministry memo, not covered by the otherwise universal Workplace Safety & Insurance Board.

As well these workers are in a particularly vulnerable position given their illegal status in a non-credentialed workplace. They are labelled ‘interns’ and are often vulnerable to harassment, both sexual and otherwise.

We’ve seen this vulnerability wherein the Jian Ghomeshi case students were warned away from internships with his flagship “Q” program. Furthermore, even within our own Government, we have recently had the suspension of Liberal Lawmakers regarding interns on the hill. Unpaid interns are a vulnerable group, and yet Mr. Poloz would put more youth in harm’s way without adequate protection.

One of the major issues surrounding unpaid work is the absence of clarification regarding the applicability of employment standards to these positions. This ambiguity leads to the deprivation of intern and co-op student employment rights such as overtime, vacation, and eating periods. What is clear, however, is that unpaid interns and co-op students are covered by both the Ontario Human Rights Code R.S.O. 1990 c.19 and the Occupational Health and Safety Act R.S.O. 1990 c 0.1. and are allowed to refuse unsafe work.

Many unpaid positions are not legal. Determining the legality of unpaid positions is a crucial step for any employer considering hiring an unpaid worker. In order for an intern or other worker to be found not covered under the Act, a six-part test, which is as follows must be met:

If the test is not met, then the employer must pay the worker. If they do not, they are in violation of the Employment Standards Act and are subject to a cost award against them.

Perhaps the most insensitive aspect of Poloz’s statement is that it fails to consider the demographic which is most likely to find themselves in an unpaid position and to experience financial hardship as a result.

Lower-income youth suffer more, financially, from taking an unpaid internship, unlike their financially-secure counterparts, who are typically more able to find and utilize unpaid work to boost their resume.

They are also more likely to be blackmailed by those wishing to harass or bully them.

Using unpaid interns within your company is not illegal, but only if it is done properly. Contact Monkhouse Law today to see how you can prevent liability in this regard and maintain employment standards within your workplace.

Unpaid internships are a risky business. If you do decide to take an unpaid internship, ensure that it is in compliance with the OHSA and the Ontario Human Rights Code. Contact an Employment lawyer today if you are unsure about your rights within such a position.

Additionally, if you are currently in an unpaid position and believe you have been denied employment rights or protections, or are interested in how evolving employment legislature can assist you in a court action, contact Monkhouse Law today for a free consultation.