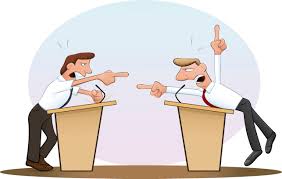 The plaintiff, Hampton Securities, employed the defendant, Ms. Dean, from March 2008 to April 2009. Ms. Dean was employed as a securities trader. Under the terms of the employment contract, Ms. Dean bore partial responsibility for losses resulting from her trades. Securities traders incur losses in the ordinary course of their duties, and it is not unusual for the trader to absorb part of the loss. With respect to an interpretation of the employment contract, a dispute arose as to how much responsibility Ms. Dean would bear for her own losses. Ultimately, Ms. Dean resigned from Hampton Securities.

Hampton Securities brought a claim against Ms. Dean, alleging that she had failed to pay her share of the losses resulting from her trades. At that point, Hampton Securities reported Ms. Dean’s termination to the Investment Industry Regulatory Organization of Canada (“the IIROC”), which maintains a national database of securities traders. In the notice to the IIROC, Hampton Securities stated that Ms. Dean had been terminated for failing to follow established trading policies and engaging in unauthorized trading.

Ms. Dean then brought a counterclaim for constructive dismissal. In essence, she alleged that Hampton Securities sought to alter the terms of her employment by unilaterally reinterpreting her contract. She also alleged that the notice to IIROC constituted defamation.

On the constructive dismissal claim, the Court agreed with Ms. Dean that the employer had, in effect, sought to rewrite her employment contract without her consent. The Court accepted that the relevant language was ambiguous, but ambiguous language in an employment contract is generally interpreted in the employee’s favour. On the defamation claim, the Court held that the IIROC notice was defamatory and not justified. A statement is defamatory if it would damage the target’s reputation in the eyes of a reasonable person. A defamatory statement is justified if it is substantially true.

Ms. Dean sought punitive damages, which are awarded to punish the defendant, not to compensate the plaintiff. Punitive damages are rarely awarded, and only when the defendant’s conduct was “high-handed, malicious and oppressive.” Punitive damages also require an independent actionable wrong, in addition to the “primary” wrong of wrongful or constructive dismissal. Breaching one’s duty of good faith can constitute an independent actionable wrong. Hampton Securities refused to correct the IIROC notice even after conceding that it was untrue. The Court found that this failure entitled Ms. Dean to punitive damages.

The lesson for employers is that employees are entitled to be treated with respect, including during a dismissal. In Hampton Securities, the employer made false allegations of misconduct against a former employee and refused to formally withdraw the allegations even after it became clear that they were false. As a result, the employee “[bore] the indignity of being faced with false accusations for eight and a half years.” That indignity has now cost the employer greatly.