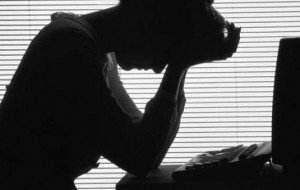 Getting fired can be hard enough for job seekers in today’s economy. But what happens when your employer goes ‘above and beyond’ and makes serious allegations against you? Andrew Monkhouse, employment lawyer at Monkhouse Law explains.

A “With Cause” Termination

A Termination ‘with cause’ is a termination wherein your employer has grounds, or reason(s) to fire you. Most individuals are aware that a ‘with cause’ termination means that no severance pay is owed. However, if you are able to establish that the allegations which led to your termination were either false or insufficient to support a decision to terminate, you may have a remedy at law.

At Monkhouse Law, we have encountered numerous termination situations. However, a different approach is required when an employer has made serious accusations against the terminated employee (such as fraudulent behaviour). These allegations extend beyond the regular detriment which accompanies a with cause termination as they effectively eliminate the terminated employee’s chances of obtaining work within their industry in the foreseeable future.

Professional defamation as well as false allegations of cause have been judicially recognized as actions warranting the award of significant punitive, aggravated and/or moral damages.
In Stacey Ball’s seminal text, Canadian Employment Law (Toronto: Canada Law Book, 1996) 22:110.2, he discusses the grounds for punitive damages in situations where industry defamation has occurred and an adequate investigation has not been conducted, stating that “Punitive damages have been awarded against employers when theft and fraud allegations have been maintained until trial. Factors germane to the award of punitive damages have included the employer failing to undertake a reasonable investigation which would have revealed the employee’s innocence, the employee being given no opportunity to exonerate himself, and the other employees of the defendant engaging in a character assassination of the plaintiff.” Ball goes on to note cases such as Hawley v. GMD Resource Corp. (2002), 16 C.C.E.L. (3d) 248 wherein defamation has been established and damages in excess of $30,000.00 have been awarded accordingly.

In the 2013 Ontario Court of Appeal case Pate Estate v. Galway-Cavendish (Township) [2013] O.J. No. 5017, Pate, a chief building official, was terminated on allegations of ‘financial improprieties”, and the Township passed the information surrounding the allegations to the local authorities. After the police had the information, they were reluctant to lay charges, but the Township persisted. The case went to trial where Pate was eventually acquitted, but the damage to his professional reputation was done. Pate then sued the Township for punitive and aggravated damages along with trial costs and damages for malicious prosecution. He was awarded $550,000.00 at the lower court, which was reduced to $450,000.00 at the Court of Appeal, a sizable award for punitive damages. Pate died before finding re-employment.

In the infamous case of Wallace v. United Grain Growers Ltd. [1997] 3 SCR 701, Justice Iacobucci recognized an employer’s allegations of cause as warranting an increase in any notice period awarded, stating that “ I conclude that the authorities support the following position. If the employer dismisses an employee in a manner that negatively affects the employee’s chances of finding alternative employment, a court may properly increase the employee’s period of reasonable notice to reflect that increased difficulty.”

Employers should not make allegations of cause, however severe, unless sufficient evidence has been established and the employee in question has been thoroughly investigated (and given an adequate opportunity to respond to the allegations). If these requirements are not met, employers can easily be exposed to damages in a court of law as well as damages to the company’s reputation. Given the current economic environment, courts do not take kindly to employers who damage professional reputations without sufficient grounds to do so. Contact an employment lawyer if you are unsure as to whether your allegations have merit or whether an employee’s misconduct is worthy of termination.

If you have been terminated on false grounds, or insufficient grounds, you may have a legal remedy available to you. Contact Monkhouse Law today for a free consultation and see how case law and industry standards can assist you in regaining your professional reputation and obtaining compensation where it is due.