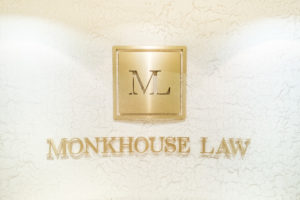 One new type of class action that Monkhouse law has taken a lead on is Vacation pay/Statutory Holiday pay ‘shortchanging’. In these cases the employees are often deprived of vacation and holiday pay on their full compensation, often getting vacation pay solely on a ‘base pay’ and not on commissions, bonuses.

In the past class actions have consisted of a number of categories. The following is an excerpt from the paper “Categories of Employment Class Actions” by Andrew Monkhouse and Kevin Wisnicki, presented at the Law Society Of Ontario Employment Law Summit, 2018):

Misclassification cases deal with workers who have been labelled and treated as contractors, not employees and by extension denied the complement of benefits that employment standards legislation provide to employees. Misclassification cases have become more prevalent in Canada in recent years. Depending on the size of the class, employers can be exposed to significant liability for unpaid statutory benefits such as overtime pay, vacation pay and public holiday pay, etc.

In recent years, there have been a host of unpaid overtime class actions. These cases do not involve the misclassification of employees as contractors but rather involve the systemic denial of statutory benefits (often overtime pay) to those already counted as employees. These cases fall into two categories: 1) “off the clock” cases and 2) manager misclassification cases.

“Off the Clock” Cases

The so-called “off the clock” cases do not turn on whether an employee is eligible for overtime pay but rather if they were denied overtime pay or other employee benefits on a systemic basis.

Although not as prevalent as class actions relating to overtime or statutory benefits, employment class actions sometimes involve claims for wrongful dismissal damages. These can be difficult because generally reasonable notice becomes quickly an individualized investigation.

Employment class actions involving claims of sexual harassment and discrimination are on the rise in Ontario and throughout Canada. The heightened social consciousness of these issues, along with the elimination of limitation periods for civil claims relating to sexual assault has undoubtedly had galvanized individuals to commence related class actions. As such, recent class actions have focused on an employer’s failure to prevent systemic sexual harassment