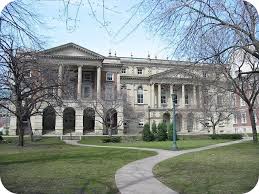 There is a new trend in the workplace which has seen an increase in the number of people being termed “contractors”. As a result of this shift, contractors are often paid more than their employee counterparts and thus often think they are not entitled to the benefits of being an employee, including notice upon termination. Recent developments in the common law suggest otherwise.

Lawrence Keenan began working for Canac Kitchens Ltd. in 1976, His wife, began work at the same company in 1983.

The Keenans’ were terminated by Canac on March 15, 2009 and were given no notice of this termination, based on the fact that they were independent contractors.

At the beginning of their work, Mr. and Mrs. Keenan worked full time at Canac. They continued this full-time work until October 1987, where they were informed that they would continue their work as contractors. Their titles were changed and the way they provided installation services were also affected.

Following this, the Keenans’ relationship with Canac and their duties remained unchanged. The Keenans continued to provide the services they had always provided and continued to receive the benefits they had been receiving, including sporting Canac memorabilia and receiving awards for their loyal service.

When Canac ended the relationship in 2009, it provided the Keenans with no notice, no payments in lieu of notice, and no statutory entitlements. Canac submitted that the Keenans were independent contractors and thus were not entitled to benefits or notice.

At trial, the judge held that the Keenans were in fact entitled to reasonable common law notice of their termination, similar to employees, and were given 26 months notice each. The trial judge based his decision on the intermediary category of work between employee and independent contractor: dependent contractor.

The hallmark of this intermediate category is exclusivity of work. In other words, if a contractor works exclusively or almost exclusively for one employer.

The trial judge’s decision was appealed to the Ontario Court of Appeal, however the appeal Court agreed and upheld the award of 26 months notice.

One test for determining whether or not a worker is an independent or dependent contractor is the notion of exclusivity. This is per the Ontario Court of Appeal’s 2009 decision in McKee v. Reid Heritage Homes.

The case of Belton v Liberty Insurance Co of Canada defined the term: Exclusivity is whether or not an agent is limited exclusively to the service of the principal.

The Ontario Court of Appeal (ONCA) in Canac affirmed that ‘a determination of exclusivity must take into account a full history of the relationship’. Although the Keenans did provide work for a competitor during the last two years of their relationship, the substantial majority of the work done by the Keenans continued to be performed for Canac. The ONCA agreed with the trial judge, that while the Keenans at a time did work for another company for a brief time, the Keenans worked with Canac for the majority of their work and that a finding of exclusivity had been made out.

In particular, the ONCA, in agreement with the trial judge found that the Keenans were economically dependent on Canac. This furthered the notion of exclusivity and gave weight to a finding of dependent contractor status.

Canac argued that the trial judge had made an error in awarding the Keenans with 26 months’ notice without the explicit finding of exceptional circumstances. Canac argued that without this finding, reasonable notice did not warrant a notice period beyond the usual cap of twenty-four months.

The Court did not find the lack of an explicit finding of “exceptional circumstances” fatal to the award. Instead, the cumulative factors of length of service, ages at termination, supervisory status and exclusivity justified an award in excess of 24 months.

A company’s misclassification may cost a company quite a sum: Companies cannot shower workers with responsibilities of a dependent contractor, give them the title of ‘independent worker’, and expect that to be the end of the matter.  As can be seen with Canac Kitchens, the Court looks beyond the label or title.

More and more, the courts are willing to give dependent contractors the same benefits, the same treatment, and the same (or even longer!) notice periods as employees. Workers may not need to be entirely exclusive to one their employer for the court to deem them dependent contractors. An overall context will be considered.

Where employers are in long-term relationships with contractors, employers should carefully evaluate these relationships. Where employees are performing contracted work, they should be mindful of the responsibilities they undertake, the level of control they have, their freedom to perform services for others (including competitors), and the length of time they work for the company or corporation.

If you have any questions about your employment situation, your status as a contractor or questions about a working relationship in general, contact Monkhouse Law today for a free consultation.