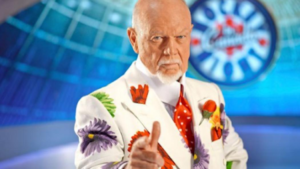 Close to the end of Kathleen Wynne’s time as Premier of Ontario, the Liberal Party brought relatively sweeping changes to workplace law in Bill 148. Some of the more talked-about changes included: increase in minimum wage up to $15 per hour by 2019, employee’s entitlement to two paid sick days per year, increase in vacation entitlement for employees who have been employed with the same employer for more than 5 years and a reverse onus of proof on employers who pay workers as contractors to prove the worker was denied employment protections appropriately.

On November 21, 2018, Bill 47 received royal assent and will reverse many of the changes from Bill 148. A popular Canadian commentator – though not often on workplace law – was very quick to applaud Doug Ford’s changes. Don Cherry praised these workplace law changes and took aim at the class action that deals with the misclassification of Ontario Hockey League players claiming in substance they are ‘employees’ and entitled to minimum wage, vacation pay and holiday pay amongst other things.

While Don Cherry’s rant is predominantly concerned with what employment law legalisation might do to ‘hometown hockey’ (and can be found in this tweet from Doug Ford – others may wonder what is Bill 47 going to change?

Bill 47, also known as the Making Ontario Open for Business Act, 2018, is the Conservative government’s most recent revision to employment legislation in Ontario. By receiving Royal Assent on November 21, 2018, Bill 47 will withdraw many of the rights recently awarded to employees through last years implementation of Bill 148, the Fair Workplaces, Better Jobs Act, 2017.

The changes brought by Bill 47 will affect most workers in Ontario through two phases. It will first affect unionized workers by immediately implementing changes to their governing legislation, the Labour Relations Act, 1995. Secondly, as of January 1, 2019, it will affect non-unionized employees by enacting changes made to the Employment Standards Act, 2000.

With Bill 47 adding new laws, adopting old ones and leaving some parts of the legislation untouched, it can be difficult to determine what is truly different and how it affects you. This blog aims to address some of the changes workers will soon be experiencing, as well as what employers can do to ease the transition process in the workplace.

Amongst others, the following changes to the Employment Standards Act, 2000 will be coming into force on January 1, 2019:

The onus, once again, rests with the worker seeking protections under employment standards legislation to establish that they are in substance an employee, instead of a contractor.

Bill 148 previously put this onus on the employer, which was congruent with where the bargaining power typically rests.

Bill 47 has repealed the right for employees completing the same work to receive the same pay. This means that part-time and full-time employees can receive different pay for the same job. This also applies to temporary versus indefinite workers and temporary help agency workers.

Before Bill 47, employees were entitled to 10 days of personal emergency leave with the first 2 days paid. As of January 1, 2019, employees will have 8 unpaid days of leave that may be used for sick days, family leave, or bereavement leave.

Additionally, employers may now – once again – ask for a doctor’s note upon the use of a sick day.

This leave will now be limited to two unpaid days of leave.

Previously, with Bill 148 employees who have not used their Personal Emergency Leave were able to take up to 10 days of bereavement leave, the first two of which would be paid.

Amidst others, the following changes to the Labour Relations Act, 1995 came into force on November 21, 2018:

Following the start of a strike or lock-out, there was no time limit on a worker’s right to return to work. Bill 47 amended this to re-implement the pre-Bill 148 reinstatement period of 6 months.

If a proposed union had at least 20% support from the bargaining unit, they would have had access to a list of fellow employees and their contact information. Bill 47 repealed this right, making it more difficult for employees to form a union and receive certification.

Bill 47 has repealed the right for unions to receive certification without a representation vote. Prior to November 21, 2018, unions forming in temporary help agencies, home care and community services and building services were permitted to submit signed union cards in lieu of a vote. If over 55% of the workers in the bargaining unit were union members, the Board could certify the union without holding a formal representation vote.

With card-based certification no longer enacted, receiving union certification will most likely be determined through anonymous ballot voting as before.

Despite the immense changes to Ontario’s employment legislation, some important aspects have managed to stay the same. Improvements made last year pertaining to leaves of absence are possibly the most notable parts of the Employment Standards Act, 2000 that remain unchanged. The implementation of domestic or sexual violence leave and child death leave are employee benefits that have not been repealed by Bill 47. Additionally, the extensions to vacation time and parental and pregnancy leaves will remain, as well as the extensions to family medical leave and critical illness leave.

While many legal – and sometimes hockey – commentators may have varying opinions on the Liberal government and now that Conservative government’s changes, what many can likely agree on is that broad sweeping changes to workplace law can be very confusing to employers and employees. Employment standards legislation can be a land-mine for employers and changing the laws twice within about one year can significantly add to this difficulty.

If you are an employer, remember to update your company policies and ensure it is up-to-date with the new changes by January 1, 2019. Discussing the new changes with employees and answering their questions will allow for a smooth transition, as it is better for everyone to feel informed and comfortable with the newly implemented legislation.

If you are an employer or an employee with questions pertaining to your rights under Bill 47, a professional from Monkhouse Law can assist you.