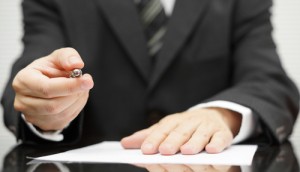 If your employer offers you a new job after you have been laid off, are you required to mitigate by taking it? This weeks’ blog post addresses the limits to which a terminated employee must comply with employer demands.

Duty to Mitigate – Offer of Employment

While not a common problem, employees who are laid off are sometimes offered alternate employment within the company. The main concern these employees have is whether a requirement exists to take the position, regardless of the location or job duties. The case of Evans v. Teamsters Local Union No. 31,[2008] 1 S.C.R. 661, 2008 SCC 20 is often quoted when such an issue arises. In Evans, the paradox of requiring an employee to mitigate according to their employer’s demands was emphasized by the court at paragraph 139 of their decision where it was stated that:

“It was certainly open to the Teamsters to try to prove that Mr. Evans had made insufficient attempts to mitigate the damages they caused. What they were not entitled to do, however, was dictate how he should mitigate them by ordering him back to the workplace from which he was fired. The consequence of a refusal to comply with this demand, according to the letter of May 23, was to be a new firing, this time for cause and therefore without notice. This would — and did — have the bizarre consequence of transforming a wrongful dismissal attracting a substantial notice period to a lawful one attracting none. This result is, in my view, as unpalatable as it is legally and factually unsustainable.”

This very issue was considered more recently at the Superior Court of Justice in the case of Patrick Bannon v. Schaeffler Canada Inc./FAG Aerospace Inc., 2013 ONSC 603, where the court, considering the factors of the Plaintiff’s new job offer, found that requiring him to mitigate by accepting the Defendant’s job offer was unreasonable. The court cited the reduction in compensation, as well as the increase in physical labour, as factors in their decision that he had not failed to mitigate by refusing the offer.

Not Required to Accept – Unreasonable Distance

More specifically, the courts have found that a new job offer which is unreasonable on a geographic basis can be refused with no detriment to the requirement to mitigate. In the case of Van Schalkwyk v. Hyundai Auto Canada Inc. 1995 O.J. No. 3964, it was found that the Plaintiff was reasonable in turning down two job offers that required a major relocation and that an employee is not expected to travel great distances to mitigate. One of the job offers was in Vancouver, British Columbia, which from Hamilton is a 4,317 km distance. The other was in Virginia, an 897.2 km distance.

Other cases have supported this reasoning, such as Ashton v. Perle Systems Ltd. (1994) 2 C.C.E.L. (2d) 243, 46 A.C.W.S. (3d) 660, and Silvester v. Lloyd’s Register of North America Inc. [2004] N.S.J. No. 37. Both cases involved an unreasonable mitigation request by the employer. In Silvester, the employee was told that he was being transferred to Miami, from a Halifax office. The court found that this constituted constructive dismissal. Similarly, in Ashton, the Defendant required the Plaintiff, who had relocated to Canada for work purposes, to relocate back to England in order to mitigate his losses. The court found that this was an unreasonable expectation and not a requirement to mitigate his losses.

Not Required to Accept- Hostile Workplace

A work environment may also serve as a reasonable basis to refuse an offer for a new position. As held in the case of Farquhar v. Butler Brothers Supplies Ltd. (1988), 23 B.C.L.R. (2d) 89, and cited in Evans at paragraph 84, “Employees cannot be required to return to “an atmosphere of hostility, embarrassment or humiliation.” In Farquhar, the Plaintiff was a senior employee who had been subjected to a unilateral change in his employment – a severe decrease in salary and was laid off shortly thereafter. The Defendant Company eventually restored the salaries of the Plaintiff and others, offering the Plaintiff his position back. The question put before the court was whether the Plaintiff was required to mitigate by accepting the position. It was found that he was not. This decision arose from the manner in which the Plaintiff had been treated, being, as the court found, constructively dismissed. It was held that it was unreasonable to expect the Plaintiff to return to such an environment.

If you are considering offering a laid-off employee a new position or their old position back, it is best to evaluate the circumstances. Ideally, you should be putting measures in place to eliminate hostility or poor treatment upon departure to reduce liability should a previous employee lay a claim. However, there are ways to properly invite a laid-off employee back into the fold. Contact Monkhouse Law today for more advice on this process.

If you were offered your old position or an alternate position following termination, and are unsure as to whether you would be required to accept, it is important to contact an employment lawyer. While most employees are willing to return, provided that the compensation and position are the same or similar, it is important that you do not accept a lower salary or increased labour due to economic or other hardships. As demonstrated in the cases above, you may have a legal remedy. Contact Monkhouse Law today for a free consultation.