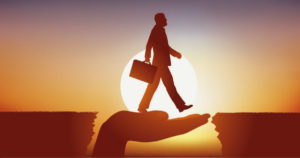 One issue is that federally regulated employees are often not aware of their rights under employment laws in general and particularly the Canada Labour Code. As far as this blogger knows, federally regulated employers are not advertising to their employees that they have the option of filing an unjust dismissal complaint and seeking reinstatement.

In some cases, federally regulated employees will accept a termination package offered to them at the time of termination and sign a Release in favour of the employer only to later discover their rights in the unjust dismissal regime. It might seem logical that if an employee signs a Release in favour of the employer that they would be unable to proceed with an unjust dismissal complaint. In the case of provincially regulated employees, trying to start a claim after signing a release is almost always is a bar to proceeding. Absent evidence of undue influence by the employer forcing the employee to sign the Release, the employee will have waived their right to sue at common law and (for the most part) any claims for redress under the relevant provincial employment legislation. In other words, once a Release is signed, that’s it that’s all – a lawyer is unlikely to be able to do anything to help.

Interestingly, at the moment, the law is settled that where an employee signs a Release that purports to waive their rights under the Code, the employee may nevertheless pursue redress under the Code. This is because s.168(1) of the Code specifically states that an employee’s rights under the Code may not be altered by “contract or arrangement.” The foregoing statement of the law was confirmed in National Bank of Canada v Canada (Minister of Labour), 1997 CanLII 5297 (FC); affirmed in 1998 CanLII 8077 (FCA).

Despite the foregoing, the Bank of Montreal recently sought judicial review of a case where the adjudicator proceeded with an unjust dismissal complaint even though the employee signed a Release at the time of termination. The Federal Court dismissed the Bank’s application for judicial review (see Bank of Montreal v Li, 2018 FC 1298) and recently so did the Federal Court of Appeal (2020 FCA 22).

The Federal Court neglected to depart from the precedent in National Bank finding that the employee could proceed with an unjust dismissal complaint notwithstanding a signed release releasing claims related to her employment.

The Court noted BMO’s argument that allowing an employee to proceed with a claim after a signed release dissuades employers from offering termination entitlements in excess of the minimums until after the 90-day expiry to start a claim. While this may be true, looking at it from a different angle, this decision encourages compliance with the federal regime of providing federally-regulated employees union-like protections as the employer will not be able to provide an attractive severance package in lieu of the employee’s right to reinstatement under unjust dismissal.

If you have been terminated from your employment and you work in a federally regulated industry, it is important you consult with an employment lawyer in order to properly assess your options. Call Monkhouse Law today for a free 30-minute phone consultation.