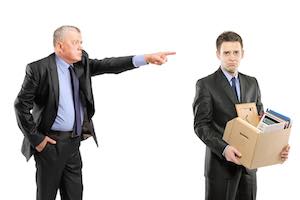 Employees alleging wrongful dismissal have a duty to mitigate, which is the duty to make reasonable efforts in finding employment that is similar to their previous position. In some cases, employers elect to offer alternative employment to dismissed employees around the time of the termination, and employees must contemplate whether to accept or decline this offer.

Declining poses several risks.  For instance, if you decline and then wish to pursue a wrongful dismissal claim, a Court may find you to have failed to mitigate as a result of not accepting the new offer.  This could allow the employer to reduce any payment to you by award or in a settlement as a result. However, there are some cases in which the courts have found that the terminated employee did not fail to mitigate by rejecting a new job offer upon termination.

The Supreme Court has established the legal test in Evans  v. Teamsters Local Union No. 31, 2008 SCC 20 (CanLII) (“Evans”) to determine if an employee has failed to mitigate by declining a job offer. In Evans, the Court held that:

Where the employer offers the employee a chance to mitigate damages by returning to work for him or her, the central issue is whether a reasonable person would accept such an opportunity. In 1989, the Ontario Court of Appeal held that a reasonable person should be expected to do so “[w]here the salary offered is the same, where the working conditions are not substantially different or the work demeaning, and where the personal relationships involved are not acrimonious” (Mifsud v. MacMillan Bathurst Inc. (1989), 1989 CanLII 260 (ON CA), 70 O.R. (2d) 701, at p. 710). [Emphasis added.]

In Farwell v. Citair, Inc. 2014 ONCA 177 (CanLII), (“Farwell”) the dismissed employee was offered alternate employment. At the trial level in Farwell, the test of reasonableness from Evans was applied by comparing the previous position that the employee was dismissed from with the alternate one being offered. Although the job offer is for almost the same salary and working conditions, the only difference in remuneration was a potential reduction in bonus. The trial judge held that a reasonable person would not have accepted the position. In conjunction with the loss of bonus, the trial judge held that under the new position, the terminated employee would have to report to another employee who was previously his subordinate and such an environment, the trial Court assessed, would be humiliating and embarrassing to the dismissed employee had they accepted the new offer.

The Court of Appeal saw no reason to contemplate if it agrees with this reasoning from the Trial Court. Instead, it found that the employer failed to overcome an insurmountable obstacle. That is, in order to trigger an employee’s duty to mitigate, the employer must offer the employee a clear opportunity to work out the notice period after he refused to accept the alternate position and indicated that he was treating the termination as constructive or wrongful dismissal. For example, in order to trigger the duty to mitigate, the employer could have reminded the employee what they will be given as termination notice once the job offer was refused and the employee expressed their belief that they are entitled to a longer notice period. The employer failed to provide any evidence of extending an opportunity for the terminated employee to deal with the notice period. Thus, the employee was found to not be obligated to mitigate.

The Plaintiff in Fillmore v Hercules SLR Inc., 2016 ONSC 4686 (“Filmore”) was also found to not have failed to mitigate. As in Farwell, the Court in Fillmore also required the employer to allow the terminated employee to work out the notice period after refusing to accept the offer of new employment. In ruling in favour of the Plaintiff, the Court in Fillmore analyzed the new offer of employment, which was for an indefinite term for a lower salary. The Court held that the indefinite term would have prevented the Plaintiff from working out the notice period, unlike a temporary term of employment. In a temporary term, the employer could have received credit in reasonable notice for the duration of the term and discussed any amount owing in termination or severance pay at the end of the term. In contrast, nothing in the new offer of indefinite-term contract indicated that the Plaintiff would still be entitled to his rights arising from being dismissed from his former position, including a notice period and severance pay as the employer attempted to cover this under an offer to mitigate with a new position.  The Court of Appeal upheld the motion judge’s decision in Fillmore.

The decisions in Filmore and Farwell demonstrate some of the factors that are important to keep in mind when making the decision to accept or reject a new job offer after termination. These factors include:

1)  Whether the new job offer is for less pay as the previous position;

2)    Whether the new position can objectively be perceived as a step down from the previous one; or

3)    Whether the job offer would waive your rights at termination.

The third factor would be demonstrated in situations such as when an employer fails to allow the employee to work out the notice period after the employee has refused the new job offer. If the answer to any of these three factors is ‘Yes’, then an argument may be made that refusing the offer would not be considered a failure to mitigate. However, cases are treated on a fact-by-fact basis and your entitlements may still be at risk if you refuse the offer. Therefore, it is important to consult with a legal expert if you have been terminated and offered a new position.