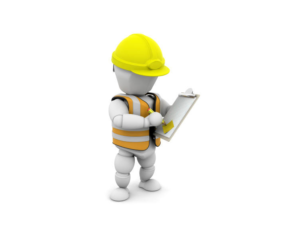 The forces of global competition now pervade the economy, where advanced communications have made possible competition from around the world even for skilled service work. This trend has encouraged looser employment relationships as employers seek greater flexibility. Employers frequently hire temporary workers and purported ‘contractors’ with the aim of limiting their obligations to those workers.

‘Contractors’ who in reality look more like employees do have the ability to seek protection against the loss of employment benefits when they have been mislabelled.

The courts have developed principles for distinguishing between employees and contractors. The leading case remains the Supreme Court’s decision in 671122 Ontario Ltd. v. Sagaz Industries Canada Inc., 2001 SCC 59 (CanLII).  The Supreme Court re-iterated some of these principles in a 2019 decision dealing with a building cleaner “franchisee” in Quebec, who was found to be an employee of the franchisor.  The court noted that case law distinguishing independent contractors “demands a highly contextual and fact-specific inquiry into the nature of the relationship in order to determine which party bears the business risk.”[1]

Recent cases from both the Ontario Labour Relations Board and the Tax Court of Canada indicate how tribunals can go behind the façade and look at the substance of the relationship.

Procom Consultants Group Ltd. v Kirti Shringi, 2019 CanLII 45488 is a 2019 decision of the Ontario Labour Relations Board that adds to the growing jurisprudence on this issue.  It is an interesting illustration of the importance of substance over form in determining entitlements under Ontario’s Employment Standards Act (ESA).

The ESA states that nobody has the right to contract out of the protections that it provides to workers. This is spelled out quite clearly in section 5 of the ESA, with a plain language title that says what it means: “No Contracting Out.”  It goes on to say that “no employer or agent of an employer and no employee or agent of an employee shall contract out of or waive an employment standard and any such contracting out or waiver is void.”

Employers, even sophisticated ones, are sometimes caught unawares by the implications of this powerful provision. Sometimes they will ask workers to sign contracts in which they appear to give up various rights; or go all the way and say that they have no ESA rights at all because they are not employees. The worker has no legal ability to consent. When challenged, such contracts are not worth the paper they are written on.

Procom Consultants Group Ltd. is a staffing and temporary placement agency that recruits temporary help for large financial sector companies – KPMG being the company in the Shringi case.

The complainant, Kirti Shringi, was a skilled information technology worker.  She owned a limited company that entered into a contract with Procom, under which she agreed to provide her services at a rate of $42 per hour.  Procom hired her out to KPMG at a rate of $52 per hour, giving it a profit margin of $10 per hour.

Subsequently, Ms. Shringi made a complaint about unpaid wages (the decision does not give specifics about what kind of unpaid wages). An Employment Standards Officer issued an Order to Pay against Procom. Procom asked the Board to review that Order on the grounds that Ms. Shringi was not an employee and therefore was not eligible for protection under the ESA.

The Board’s report indicates that Procom gave its recruits the option of being paid either as an independent contractor or as a temporary employee. If a person opted to be a contractor, she was paid a higher hourly rate to reflect Procom’s savings on vacation pay and payroll taxes.

This optional treatment immediately exposes the logical flaw in the arrangement, as it revealed that Procom was treating other people as employees whose work was otherwise identical to the purported contractors. In order to be an independent contractor rather than an employee at law, there needs to be substance behind the distinction, rather than just a piece of paper.

The Board highlighted its operating principle, guided by the ESA, that it is concerned only about the substance of the arrangements between the parties:

In evaluating the facts to get at the substance, the Board relied on the principles set out in 671122 Ontario Ltd. v. Sagaz Industries Canada Inc., 2001 SCC 59 (CanLII) and the related jurisprudence. The Board’s decision found numerous examples of the way in which Procom exercised control that over Ms. Shringi as if she were an employee. Ms. Shringi had a contract, but no real independence:

Based on its factual determination, the Board therefore concluded that Ms. Shringi’s legal status was that of an employee, and confirmed the Order to Pay against Procom.

The issue of misclassification often arises in the tax context, where Canada Revenue is concerned to ensure that CPP and EI premiums are remitted. Where workers are paid through an employment agency, it is the agency which has the responsibility to make these payments to the CRA.

In AE Hospitality Ltd. v. M.N.R., 2019 TCC 116, the appellant was an employment agency providing wait staff and similar workers for two banquet catering companies owned by the wife and son of the principal of AE Hospitality. Most of the staff signed independent contractor agreements. The staff would be called for catered events as needed, and they had the flexibility to turn down assignments. In spite of that, the court ruled that they were employees, as they were significantly controlled in the way they worked, and they did not bear any business risk.

In European Staffing Inc. v. M.N.R., 2019 TCC 59, the agency provided skilled industrial workers such as welders and electricians to companies that needed temporary help. Mr. Banach, the principal of European Staffing, testified that he considered all the workers to be independent contractors. Therefore, he did not remit CPP or EI premiums on their behalf.  (Somewhat inconsistently, he did pay WSIB premiums for them.) In contrast to the Procom case, there was a lack of documentation such as written contracts.

The absence of clear intention is significant in the tax context.  That jurisprudence differs somewhat from the ESA jurisprudence.  The judge in European Staffing relied on the principles set out by the Federal Court of Appeal in a leading 2013 decision.  There is a two-step test to determine whether somebody is an independent contractor:

[39]  Under the first step, the subjective intent of each party to the relationship must be ascertained. This can be determined either by the written contractual relationship the parties have entered into or by the actual behaviour of each party, such as invoices for services rendered, registration for GST purposes and income tax filings as an independent contractor.

[40]  The second step is to ascertain whether an objective reality sustains the subjective intent of the parties….

[41] ….in making this determination no particular factor is dominant and there is no set formula. The factors to consider will thus vary with the circumstances. Nevertheless, the specific factors discussed in Wiebe Door and Sagaz will usually be relevant, such as the level of control over the worker’s activities, whether the worker provides his own equipment, hires his helpers, manages and assumes financial risks, and has an opportunity of profit in the performance of his tasks.[2]

Sometimes, where the subjective intent is clear, an independent contractor relation will be upheld for tax purposes where there is evidence of even a modicum of independence. In one recent case, a courier driver who wore the company’s uniform and drove the company’s vehicle was nevertheless found to be an independent contractor for tax purposes, because he could choose his own routes to drive to the destination.[3]

By contrast, in European Staffing, the court found that many of the workers had not been aware that the agency was labelling them as independent contractors, nor had a desire to be one. Some of them stated that they were unpleasantly surprised to discover that they were ineligible for EI benefits when they were laid off.

Therefore, the first step of the test, requiring the subjective intention to be an independent contractor, likely failed. However, the court also went on to analyze the objective evidence.

Several of the workers testified at the trial. It was found that in their temporary workplaces the staff were just as closely supervised and had to follow orders in the same way as the regular employees of those companies:

[60]  None of the Workers distinguished the nature of the work they did or supervision they were under from that of the permanent employees. Mr. Keshmiri testified that he and other workers with the same expertise as the permanent employees were hired in order to temporarily boost the employee group in the lead-up to the opening of the new facility…. Mr. Pajecki’s working conditions were identical to those of the permanent employees except that he had shorter hours. Mr. Bennett’s client-designed time sheet identified him as a “temp employee”.    Mr. Kenny attended client-mandated training on the client’s time and at the client’s expense.   Ms. Simoiu worked side by side with the clients’ employees and managers on the same projects.

Consequently, there was little to distinguish the workers supplied by European Staffing from the regular employees of the companies. There was no objective reality in the arrangements that would justify designating them as independent contractors. The Court rejected European Staffing’s appeal against the assessment requiring it to pay CPP and EI premiums.

If you have questions about the legalities surrounding the nature of your working relationship or your workforce and implications of misclassification contact Monkhouse Law today.