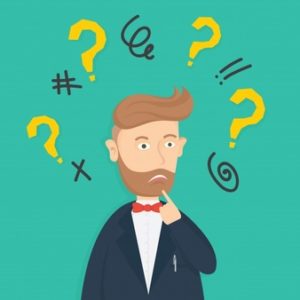 In a recent British Columbia decision in Akhtar v Routtenberg et al, 2019 BCCRT 1003 (CanLII), there were two issues to be decided: the first was did the Respondent, law firm owe the Applicant, Lawyer money for the legal work he did, Law Society fees, and for pay in lieu of two weeks’ notice? And the second was does the lawyer owe the law firm $5,000.00 in compensation for the time it took to fix his alleged errors, the time spent reviewing and responding to his various claims with the law society and Employment Standards Board of BC, and for the loss of business the firm says it suffered due to the lawyer’s alleged negligence and incompetence.

The Applicant started working in MLO as a part time associate and transitioned to a fulltime associate. The parties disagreed on the method of payment for his work. For instance, for time worked in 2018 there was an unsigned draft agreement which the law firm argued was used for negotiations only while the Applicant considered it an enforceable agreement as the partners in the firm added their notes to the agreement and said they would sign it.

Based on the draft agreement, the fact that the Applicant started working full time, and received payment pursuant to the agreement, the tribunal concluded that “there was a binding agreement between the parties that Mr. Akhtar would work for MLO receiving 50% of his billable fees, his Law Society fees would be paid on a monthly basis, and he was entitled to two weeks’ notice”. In finding that the law firm owed the lawyer for time-worked, the Court found that there was a lack of evidence demonstrating the various performance-related allegations including that the lawyer came in late and left early, claimed he did work that other people had done, and a lack of any warning letters, emails or notes of poor performance. It was found that the law firm did not meet their burden to prove cause and thus they owed him notice of his termination.

With respect to amounts owed for time worked, it was again found that the law firm did not lead sufficient evidence to demonstrate that the work was done majorly by someone else and even though there had been errors, there had been similar errors committed by others at the law firm that the Applicant helped correct. Thus, it was found that the Applicant was entitled to the fees and the tribunal accepted his evidence on the method of calculating the fees.

As for the law firm’s counter claim, this also failed due to the lack of evidence or law substantiating their ability to claim costs for responding to law society complaints or employment standards disputes and similarly did not prove the errors they relied on for cause and denying the lawyer his compensation for time worked.

This case is another example of the high threshold and burden on the employer to prove cause as well as the even higher threshold in denying an employee compensation for time worked. Even if the employee’s work was not satisfactory the employee will generally have to completely fail in all of their contractual obligations to avoid paying for time worked, i.e. the distinction is between not working at all versus creating an abysmal product.