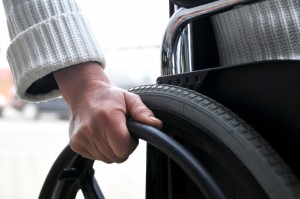 In many cases, an employee may pay into a long-term disability insurance plan as part of their benefits with an employer. This feature is an attractive part of many workplaces and employees expect to be able to access them in times of need. However, what happens when an insurer refuses to pay out benefits when they are rightfully owed? Zurich Life Insurance Company Limited v Branco, 2015 SKCA 71 offers a glimpse into the repercussions an insurer may face if they do not act in good faith.

Mr. Branco worked as a welder at a mine in the Republic of Kyrgyzstan employed by Kumtor Operating Company (Kumtor). He injured his foot in 2000 while working at the mine. At the time, he was covered by two group insurance policies. The first had been issued to Kumtor by Zurich Life Insurance Company (Zurich) which provided for 24 months of benefits in the event an injured Kumtor employee was unable to perform his own occupation (“own occupation benefits”), and after that for benefits if the employee was unable to hold any other gainful employment (“any occupation benefits”) . The second insurer, American Home Assurance Company (AIG), provided for injured Kumtor employees with workers’ compensation-type benefits.

Mr. Branco commenced an action against Zurich, AIG and Kumtor in an effort to secure all of the benefits which he considered to be owed under the policies. At trial, the judge found that the two insurance companies failed to carry out their duty to act in utmost good faith and thus awarded punitive and mental distress damages against them.

Following his injury, AIG required Mr. Branco to undergo medical assessment in order to qualify for benefits. At AIG’s recommendation, Mr. Branco attended a physician of their choosing who after examining Mr. Branco’s injuries determined that he was not fit to return to work. However, due to miscommunication (largely on the side of AIG), Mr. Branco was denied benefits. The benefits were later reinstated, but similar circumstances in the time period between 2001-2004 caused multiple lapses in Mr. Branco’s benefits until their indefinite suspension in 2004.

At trial, AIG was found liable for unpaid benefits and Mr. Branco was awarded a total of $1,650,000.00 in punitive and mental distress damages for AIG’s conduct.

Following Mr. Branco’s injury, Zurich was made aware of his claim for benefits when its Canadian affiliates were served with a Statement of Claim in 2001. Following a medical analysis in 2003, Zurich determined that Mr. Branco was entitled to 24 months’ of ‘own occupational benefits’ but did not pay those benefits. Instead, Zurich offered to settle the lawsuit Mr. Branco had brought against them for an amount lower than his entitlements under his insurance plan. Mr. Branco refused this offer, and Mr. Branco’s civil action moved forward. At this time, Zurich requested more medical information from Mr. Branco.

Following further medical assessments, Mr. Branco was found to be eligible for both ‘own occupation’ and ‘any occupation’ benefits by Zurich in 2009. Zurich subsequently paid out $362,198 for benefits Mr. Branco was entitled to in the period of June 26, 2000 to April 30, 2009.

At trial, a declaration was made that Mr. Branco was and continues to be totally disabled within Zurich’s insurance policy, and was awarded $3,300,000.00 in punitive and mental distress damages against Zurich for the behaviour throughout the ordeal.

While employed with Kumtor, Mr. Branco had access to a benefit plan including health, vision, and dental through Cigna Worldwide Insurance Company (Cigna). In 2000, Kumtor accepted Mr. Branco’s claim that his foot was injured at work and made the appropriate filings with AIG to provide notification of a claim under its policy.

In June 2001, Kumtor was advised by AIG that Mr. Branco’s benefits had ceased. Kumtor then removed Mr. Branco from the group policy from Cigna in accordance with the terms of his employment contract.

Ultimately, the Court of Appeal did find the same conclusion as the trial judge insofar that both AIG and Zurich did not fulfill their obligations with utmost good faith. Throughout the process, the judge found that AIG did not conduct its investigative work as thorough as it should have. Zurich’s behaviour in the denial of Mr. Branco’s benefits as well as its conduct within the litigation process justified the award of punitive and mental distress damages against it.

Kumtor was partly successful on its appeal. The court found that the costs awarded against them were excessive and was lowered accordingly.

Among the many nuances of employment law, issues with insurance, short term disability and long term disability are often the most complex. This case demonstrates that in circumstances that an insurance company is acting unfairly or in bad faith, there may be a significant damages award against them for the damage they cause to an employee by withholding benefits. When there are issues regarding benefits, it is best to contact a legal professional as soon as you can to ensure you receive what you are entitled to. Contact us today for a free consultation.

Although many employers have outside providers for long term disability, it is important to work together with the employee to ensure that benefits are dispersed correctly. As seen in this case, although it appears Kumtor followed its policies to the letter, as a result of unexpected misconduct by AIG they were brought into a civil action that could have been avoided. When addressing an employee’s benefits that may cause an impact on their entitlements, it is best to assess the situation with legal guidance.