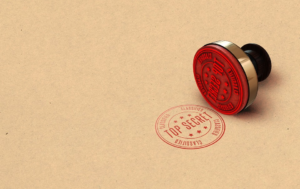 Solicitor-client privilege imparts a right to confidentiality for the documents that contain the legal advice provided by lawyers to their clients, or the advice sought by the clients.  It is an important component of access to justice intended to allow unfettered access to legal advice without a fear that the act of seeking advice could backfire.

In order to assert the solicitor-client privilege, the communication must be made between a lawyer and client, for the purpose of giving/seeking legal advice and intended to be confidential. If the communication is covered by solicitor-client privilege it allows for otherwise relevant information to be held confidential from the Court/Tribunal or opposing side.

Solicitor-client privilege is a powerful substantive [1] rule of law, and some believe that it has been accorded quasi-constitutional status by the Supreme Court of Canada [2]. The fact that it is so powerful should suggest the need for care to rely on it only when it is appropriate.

Unfortunately, it is all too common for overzealous document reviewers to suppose that anything that has been touched in some way by legal counsel bears solicitor-client privilege.  A healthy reminder that this is not true is provided by Justice Belobaba’s decision in Fresco v. CIBC, 2019 ONSC 3309, part of a long-running employee class action.

Facts of the Case

This motion was a part of the class action certified in Fresco v. Canadian Imperial Bank of Commerce, 2012 ONCA 444 (CanLII).  The claim was commenced in 2007, and the defendant only gave up the fight against certification after the Supreme Court refused leave to appeal.

The class action concerns a claim that CIBC systematically required its branch staff to work overtime without pay.  Overtime was only paid if there had been prior approval for it from a manager, but in practice, the branch would become busy and the staff had to serve the customers without being given a chance to ask for overtime.  A twin claim against Scotiabank, with almost identical facts, was certified at the same time, and the class reached a settlement with the bank.   Peter Spiro, Counsel at Monkhouse Law and the writer of this blog post, has written about the certification issues previously.[3]

In the class action against CIBC, the process of the defendant carrying out its obligation to disclose relevant documentary evidence has been proceeding slowly, in phases.  As with any large organization, there is a very large volume of documents to find and examine.

Recently, three documents were disclosed which summarized an annual employee satisfaction survey that touched on the question of whether employees feel that they were forced to work long hours without adequate compensation.   After realizing that these documents had been disclosed, CIBC sought to take them back as they argued that they had been disclosed by mistake and protected by solicitor-client privilege.

Of course, the documents are now already out of the bag.   The practical effect if CIBC had succeeded in having them declared privileged would be that they could not be relied on as evidence by the other side.

The Employee Satisfaction Survey and the Argument about Privilege

CIBC said that the survey had been undertaken at the request of their counsel in response to the class action claim.  A CIBC executive testified to this effect.  Justice Belobaba was rightly skeptical about this.  He observed that almost identical surveys had been carried out in the preceding few years before the litigation commenced.

However, the judge noted that the factual issue about whether the lawyers had requested the survey was beside the point.  He laid out very clearly the legal principles of what makes something privileged.  It should be obvious that not everything touched by lawyers is subject to solicitor-client privilege:

Confidential communication between a client and his or her lawyer will be protected by the solicitor-client privilege if it is made in the context of a solicitor-client relationship and entails the “seeking or giving of legal advice.” (para. 22)

He cited the eloquent statement of principles by the Court of Appeal in General Accident v Chrusz, 1999 CanLII 7320 (ON CA):

Client-solicitor privilege is intended to allow the client and lawyer to communicate in confidence. It is not intended… to protect “… all communications or other material deemed useful by the lawyer to properly advise his client …” While this generous view of client-solicitor privilege would create what clients might regard as an ideal environment of confidentiality, it would deny opposing parties and the courts access to much information which could be very important in determining where the truth lies in any given case.

Justice Belobaba also quickly disposed of the alternative claim that the documents were subject to litigation privilege.   This would only exist if the “dominant purpose” for their creation had been to support litigation (paras. 29-30).  The facts made it clear that this was not the case.

Access to all the relevant information for both sides is one of the foundational principles of our litigation system.  There are some documents that are understandably privileged, such as those imparting legal advice.  The existence of that privilege should not be used as an excuse to hide unfavourable information.

The determination of what is privileged is in most cases up to the counsel for each side.  It is based on an honour system, relying on the integrity of lawyers as officers of the court.  Unfortunately, in practice, it appears that there may be sloppy classification that relies on an overbroad definition of privilege.

In litigation involving large organizations, there may be hundreds of thousands or even millions of documents in play.  It is not feasible for the opposing side to challenge all the claims of privilege.  In the present case, an unfounded claim for privilege came to light only because the documents in question had inadvertently been disclosed, and CIBC tried to get them taken off the record.   It suggests that judges should take a more active role in issuing clear guidelines and vetting the document disclosure policies of the parties that appear before them.