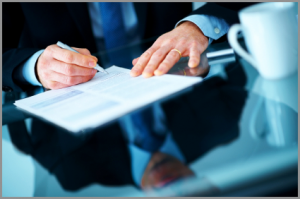 Non-competition and non-solicitation clauses are quite common in employment contracts, but how often are they enforced? You may find yourself with a clause that appears to extend well beyond when your employment ends, leaving you unable to find new work.

Thankfully, there are limits to which such clauses are permitted to extend. When these clauses are brought before the court, the court will determine their enforceability on the basis of reasonableness and the principles of contract law.

On October 25, 2021, the Ontario government introduced Bill 27, Working for Workers Act, 2021. The proposed legislation aims to better protect, support, and attract workers to Ontario. The bill passed the first reading in the Legislative Assembly of Ontario on October 25, 2021, and has since entered into force. The new legislation has amended the Employment Standard Acts, 2000 (“ESA”) to prohibit employers from using non-compete agreements. The new legislation will continue to allow purchaser and seller to enter into an agreement that prohibits the seller from engaging in any business, work, occupation, profession, project, or other activity that is in competition with the purchaser’s business after the sale.

In Parekh et al v. Schecter et al, 2022 ONSC 302, the Superior Court of Ontario had an opportunity to review this new legislative scheme, and to assess whether the non-compete ban applies retroactively to previous non-competes which were in force prior to October 2021, when new legislative changes entered into force. Unfortunately, the Court ruled that the non-compete ban did not apply retroactively. However, it is important to note that this case centred on a non-compete as it affected a dentist who sought to leave a dental practice, and the concern that the dentists’ patients would leave with him. Undoubtedly, this would result substantial financial losses. It remains to be seen whether the ban on non-competes may still apply retroactively outside of such unique circumstances.

That being the case, even if the non-compete ban does not apply retroactively, courts have previously set a number of challenges and hurdles on employers to successfully uphold a non-compete clause.

In the case of Martin v. ConCreate USL Limited Partnership, 2013 ONCA 72 which made it to the Ontario Court of Appeal, it was held that restrictive clauses (non-compete and non-solicitation) not allowing for a “clear outside limit”-that is to say, a limit for the clause’s reach- are unenforceable.

Additionally, in the instance of a non-compete or non-solicitation clause wherein a breach of the corresponding employment agreement is found, the courts are more likely to find the clause(s) severable and unenforceable on the basis that an inequality in bargaining power exists between employee and employer (See: ACS Public Sector Solutions Inc v. Arntsen, 48 B C L R (4th) 328, [2005] B C J No. 2656 (QL)).

Non-compete and non-solicitation clauses are very technical and you need ongoing legal advice from an employment lawyer in order to avoid a potentially much more expensive lawsuit.

If you find yourself terminated or looking for work, but are unable to find re-employment within your field as a result of a non-compete or non-solicitation clause, contact an employment lawyer. At Monkhouse Law, we are able to review such clauses and determine whether a legal remedy is available (and necessary). It is best to have these clauses reviewed at the outset of employment prior to signing an employment contract, but later reviews are possible and recommended.

At Monkhouse Law Employment Lawyers, our primary goal is to achieve the highest level of client satisfaction by providing excellent client services and fighting for your rights. Contact us today for a free 30-minute consultation.