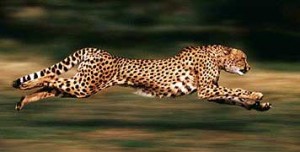 In a recent decision Paquette v. TeraGo Networks Inc., 2015 ONSC, was a judgment obtained by Andrew Monkhouse of Monkhouse Law after winning the precedent setting case on a Summary Judgment hearing.

It strongly affirms that when wrongfully dismissed employees are awarded damages before the end of their notice period, they are entitled to the full amount of their damages immediately, rather than a delayed payout.

By having a legal counsel who is willing to move forward quickly to judgment those who are wrongfully dismissed are put in the most advantageous position.

Trevor Paquette (“Trevor”) was employed by TeraGo Networks Inc. (“TeraGo”), a provider of voice communication and data services, as a Lead Systems Architect. His employment began on July 14, 2000; he was one of the first five employees hired by TeraGo. After 7 years, he was promoted to Director of Information Technology.

In June of 2014, Trevor’s position was changed to Director, Billing and Operations Support Services. His salary did not change, but he was given a new and extensive range of responsibilities and continued to supervise full-time contractors working for TeraGo.

In November of 2014, after 14 years and 4 months of employment and at the age of 49, Trevor was dismissed without cause. TeraGo offered him approximately 7 months of his base salary in lieu of notice. He brought an action for wrongful dismissal, and asked the Court to resolve on a motion for summary judgment, a procedure whereby the Court resolves straightforward cases at a single-day hearing on the basis of written evidence.

The case came to summary judgment approximately 7 months after Trevor’s dismissal. TeraGo argued that if Trevor’s notice period extended beyond 7 months, and he were paid all of his damages immediately, he would be free from his obligation to mitigate—that is, to seek new employment and subtract any replacement income during the notice period from his damages. TeraGo asked the Court to grant partial summary judgment, giving Trevor any damages until the date of the motion, and that the damages for the remainder of the notice period should be paid to Trevor’s counsel in trust, then paid out to Trevor in monthly installments, with any money he earned from new employment to be subtracted from Trevor’s damages.

The Court found that Trevor was an upper-middle management employee with “specialized skills in computer technology and project management.” He “occupied important positions and performed his duties faithfully.”

After considering these factors, as well as Trevor’s age, length of service, skills, probability of comparable re-employment, and the economic climate of Trevor’s home province of Alberta, recently damaged by a drop in the price of oil, the Court determined that he was entitled to a reasonable notice period of 17 months, well above a month per year of service. Trevor was awarded his salary and the monthly value of the benefit contributions made by TeraGo for that period of time.

The Court also found that by applying to 96 positions over the 7 months since his dismissal, Trevor had made reasonable efforts to mitigate his damages.

The Court employed what it referred to as the “Trust and Accounting” approach on this issue. TeraGo was required to pay the entire amount of Trevor’s damages to him. He was entitled to the full amount of funds immediately and could spend the funds as he pleased, but was under an obligation to account to TeraGo for any earnings from replacement employment. As Perell J. observed, “it is the mitigatory earnings not the damages award upon which there is a court-imposed constructive trust in favour of TeraGo.”

Perell J. rejected the partial summary judgment approach (seen recently in markoulakis. v. snc lavalin or blog post at: http://torontoemploymentlawyer.com/2015/06/markoulakis-v-snc-lavalin/) as “cynical, patronizing, unfair, impractical, and expensive.” It was cynical to assume, he observed, that Trevor would sit on his hands and avoid seeking replacement employment, rather than moving forward with his career.

Take-away from the case:

Employees who win damages before the end of their notice period need not be subjected to an onerous partial summary judgment approach but instead can receive their full damage amounts much more quickly than would be possible by waiting for a full traditional trial. If you have been dismissed or have any questions about your employment situation, call Monkhouse Law today for a free consultation.