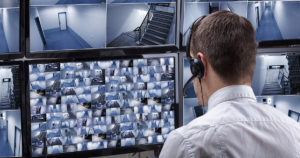 The most frequent use of secret surveillance is when an employee is off work and collecting benefits due to an injury, and the employer or the insurer has reason to suspect that the employee is exaggerating. The employer will sometimes hire a private investigator, who will follow the injured worker around and take secret videos.

If the employee is observed to be engaging in strenuous physical activity that is inconsistent with the claimed injury, it may be grounds for dismissal or the cancellation of benefits. Ontario’s Workplace Safety and Insurance Board (WSIB) hires investigators to do this kind of surveillance when it suspects somebody of making a false claim for disability benefits. The WSIB, as an Ontario government agency, is of course not subject to Personal Information Protection and Electronic Documents Act (PIPEDA) guidelines.

There are some common law limits on this activity. The surveillance is restricted to public places where a person does not have a “reasonable expectation of privacy.” Peaking through a window and spying into the employee’s basement to check him out in his home gym would definitely be out of bounds.

In one Ontario case in 2008, (Colwell v. Cornerstone Properties Inc. [2008] O.J. No. 5092) a secret camera was put in the personal office of a manager, without any plausible excuse, as there was nothing of value in the office to steal. She was shocked when she discovered this and was successful in arguing that it represented a constructive dismissal based on common law principles. As stated by the judge, “A secret camera being installed in a trusted manager’s office without her knowledge, although perhaps acceptable employer conduct in itself, coupled with a totally implausible explanation, renders the actions unacceptable.”

Actual physical surveillance is only one kind of intrusion. Video surveillance is most likely to be used against manual workers when they are suspected of malingering or theft. In today’s workplace, heavily dependent on electronic communication, spying on those communications can be more significant.

White collar workers are more likely to be suspected of activities that would not be revealed by a camera. For example, they might be suspected of breach of confidence, such as selling the employer’s secret formula or client list to a competitor or doing personal business on the job. That is the kind of activity that might be detected through the monitoring of computers.

Many companies have a written policy stating that the employer is entitled to monitor activities on the employee’s work computer, including reading personal e-mails. This is more of a grey area, where the law has not fully developed.

The highest profile case of this type was a 2012 decision of the Supreme Court of Canada, R.v. Cole [2012] 3 S.C.R. 34. In that case, pornographic photos were found on a laptop computer supplied to a teacher by the school board. The question at issue was whether it could be used as evidence against him in a criminal trial, and the Supreme Court ruled that it could.

Along the way, the court raised general issues of privacy. The Supreme Court of Canada stated that “while workplace policies and practices may diminish an individual’s expectation of privacy in a work computer, these sorts of operational realities do not in themselves remove the expectation entirely: The nature of the information at stake exposes the likes, interests, thoughts, activities, ideas, and searches for information of the individual user.”

There has not been much jurisprudence about this issue since then in the employment context. A 2016 arbitration decision between Ontario’s Independent Electricity System Operator (IESO) and the Society of Energy Professionals made a compromise ruling that the employer “has a legitimate concern over protecting their assets from cyber-attacks and maintaining their equipment. This does not mean that the IESO has the unrestricted right to examine employee’s personal information.”

As noted by the judge in that case, “a reasonable person would be in favour of the administration of justice being able to discover the truth.” That was decided under Quebec law, but it is likely that similar reasoning would apply in other provinces as well.

The law will gradually evolve in this area as more cases arise that consider it. New cases where an employer attempts to fire somebody for cause due to this type of surveillance may raise important new issues, and the courts would have to set appropriate limits.

This article was written by Peter Spiro and was originally published in The Lawyer’s Daily on January 9, 2020. This article is part one of a two-part series. Part one: Bosses who spy on you

With a background in economics, the gig economy and the underground economy, Peter Spiro is counsel to Monkhouse Law in employee class actions.

Do you have an issue with surveillance at work? Contact Monkhouse Law today for a free 30-minute consultation. To arrange your free confidential 30 minute phone consultation, contact us today.