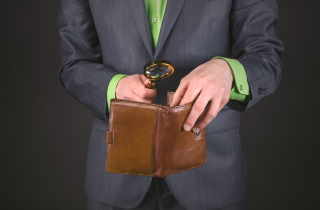 Workers are often offered compensation in their employment package which is separate from wages and benefits. This can include long-term incentive plans (LTIP), stock options, restricted share units, bonuses and other non-traditional compensation structures. They are appealing because they can be a sizable addition to salary and have potential to grow over time. The catch, however, is that employers will craft contracts which treat these payments as separate from salary and therefore excluded from the calculation of reasonable notice under the common law.

Last year, the Supreme Court of Canada strongly signalled that this is unacceptable. In Matthews v. Ocean Nutrition Canada Ltd. 2020 SCC 26, it recognized damages for the loss of an LTIP as squarely within the reasonable notice period. It then remanded Mikelsteins v. Morrison Hershfield Ltd. [2019] O.J. No. 3336 and the similar case of Manastersky v. Royal Bank of Canada [2019] O.J. No. 3767 back to the Ontario Court of Appeal to be decided in accordance with Matthews. By refusing to even hear these two cases, the Supreme Court in effect sided with the plaintiffs, without need for a hearing.

Ivars Mikelsteins was a director of Morrison Hershfield Limited. His compensation package included a shareholders agreement which entitled him to purchase company shares and receive an annual share bonus. Under the agreement, 30 days after his dismissal he would be deemed to have sold his shares to the company. While he received compensation for the shares, the issue was his entitlement to the value that the shares increased and annual share bonus which occurred over the 26 months after his termination.

In Mikelsteins v. Morrison Hershfield Ltd. [2018] O.J. No. 6106, the Superior Court applied the test recognized in Taggart v. Canada Life Assurance Co. [2006] O.J. No. 310 and reiterated in Paquette v. TeraGo Networks Inc. [2016] O.J. No. 4222. Would the employee have received the entitlement during the reasonable notice period and if so, did the employee agree to terms in the employment contract which unambiguously took away or limited the common law right to reasonable notice?

The court found that were he not terminated, Mikelsteins would have received the share bonus and the greater value of the shares. The contract did not unambiguously take away the common law right to reasonable notice because it did not expressly contemplate termination without cause. On careful reading, the termination of employment, not the notice of termination, actually triggered the deemed sale of shares.

However, the Ontario Court of Appeal overturned that decision on the basis that the shareholders’ agreement was a contract, but not one governed by the common law developed specifically around employment contracts. Thus, it did not depend on whether the termination was with or without cause. Mikelsteins had agreed to a contract where a process was triggered by notice of termination, a specific point in time, and not at the end of the notice period.

Before an appeal to the Supreme Court could be heard for Mikelsteins, it heard Matthews v. Ocean Nutrition, which asked whether a constructively dismissed senior chemist was owed a payout through an LTIP if the triggering event for the payout occurred after he had left the company.

The Supreme Court affirmed that the correct test was the Taggart/Paquette one. Matthews would have received the payout had he been given reasonable notice as the triggering event occurred within the 15 months of reasonable notice. The court found that the contract had not contemplated constructive dismissal or unlawful termination. Matthews therefore could not have unambiguously agreed not to receive the LTIP in those circumstances.

The Supreme Court of Canada took the rarely used power to remand Mikelsteins’ case to the Ontario Court of Appeal to be decided in accordance with Matthews. From this decision, we can glean several implications.

It seems that in remanding Mikelsteins without a hearing, the Supreme Court is signalling that Matthews is applicable, namely that a similar mistake may have been made by the Ontario Court of Appeal and the New Brunswick Court of Appeal, that Mikelsteins’ contract was not clear enough to contract out of reasonable notice.

The Supreme Court obviously did not see the majority of the Ontario Court of Appeal’s attempt to separate the shareholders’ agreement from the employment agreement. Even this distinction was not addressed in Matthews, the Supreme Court understood that the facts of Mikelsteins were not sufficiently different to warrant its own decision. The Supreme Court is indicating that company shares, like LTIPs, should be part of the reasonable notice damages.

This is further strengthened by the Supreme Court’s remanding of Manastersky, also to be decided in accordance with Matthews. James Anthony Manastersky was terminated shortly before his compensation through a carried interest plan was ended for all eligible employees. While Matthews and Mikelsteins were arguing for compensation that they clearly would have received during a notice period, Manasterksy argued for something that he seemingly would not have necessarily received. The three cases together suggest that the Supreme Court is casting a wide net as to what should be considered a part of the employment contract.

Factually in applying the Paquette test as identified in Matthews there would appear to be no reason to deny Manastersky what he would have earned, should he have been allowed to have worked out the notice period.

Requiring “full time” or “active” employment does not remove this common law entitlement. A person should be treated as terminated only when reasonable notice expires. Courts should interpret strictly employment contract terms which unilaterally exclude compensation or limit liability during the notice period.

Overall, the Supreme Court has made it clear that there is no room to legally distinguish between Matthews and Mikelsteins. It must be absolutely clear that a person is effectively agreeing to be paid less while working through a notice period to reduce the damages awarded. We can expect that even where those contracts are clearly written, courts may still question whether proper consideration was given for that pay cut.