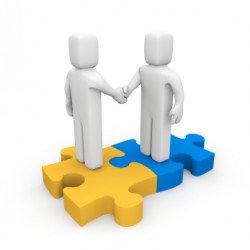 When Premier Doug Ford and the Progressive Conservatives were elected, they proposed many changes to the way in which Ontario was to be governed. To make these changes, the Ford government tabled many bills, one of which was the omnibus, Bill 66, Restoring Ontario’s Competitiveness Act, 2019.

Bill 66 is not to be confused with U.S. Route 66, the legendary highway known as “America’s Main Street.” Route 66 took drivers into towns and cities along 2,400 miles from Chicago, Ilinois, to Santa Monica, California. Quite the other way;  rather than being clear legislative roadmaps, omnibus bills tend to have many one-way streets, ambiguous alleys, and shortcuts.

Who knows what gets buried in an omnibus bill? Or, put another way, the road to Hell is paved with good intentions.

Bill 66 which received royal assent on April 3, 2019, created amendments to many unrelated Acts. The purpose of these amendments, according to the Ford government, was to cut the “red-tape” and burdensome legislation that currently prevented businesses from growing and jobs from being created. Clearly, the Ford government was doing a shortcut;  shortcuts are frequently laden with potholes.

One of the pieces of legislation that was amended by Bill 66 was the Employment Standards Act, 2000 (ESA). Changes were made regarding overtime hours and pay for those hours.

Before Bill 66, the ESA provided employers and employees the ability to agree to average overtime hours for the purpose of determining pay, however, there was a stringent process for getting this approval. Bill 66 removes this process and allows for these agreements to be implemented without government oversight. While this might seem more efficient and keeping in line with cutting “red-tape,” this change is likely to have determined and undetermined consequences for both employees and employers.

It is important to note that prior to the change in practice once employers applied they were told to assume that the application was accepted unless it was later rejected. This level of ‘red tape’ would not have been an onerous requirement. But the changes remove critical worker protections.

So, why is this change so significant?

Bill 66 removes entirely the Ministry of Labour’s oversight function in terms of these agreements. Under the previous version of the ESA, employers needed to get permission from the Director for an employee or class of employee to work more than eight hours in one day and more than 48 hours in a week.

Having this oversight was to ensure that employers were implementing these agreements in good faith and for a bona fide purpose as they do have the effect of reducing the amount of overtime money an employee is entitled to. This is now removed, and employers and employees are free to make these agreements without getting or ever needing approval from the Ministry.

Removing the Ministry’s ability to oversee and check that employers are treating employees fairly in this type of arrangement is going to have real consequences for the employer-employee relationship.

Averaging agreements, as mentioned before, have the consequence of reducing the amount of overtime money that an employee will be entitled to; it necessarily follows that these types of agreements are likely to become more common as they do not need to be approved by a third party. This is not to suggest that every averaging agreement is made to take advantage of an employee and there exist situations where averaging agreements make sense within the context of employment.

The main foreseeable issue for employees is confusion. As these agreements become more common and without oversight, it will be hard for employees to understand what they are and are not entitled to regarding overtime pay.

Considering the confusion that is likely to arise and the potential for lawsuits regarding employer drafted averaging agreements, this may also lead to more litigation within the already over-burdened tribunals and courts in Ontario. This could cause problems for employees and employers alike in terms of time and cost.

While the government is saying that ‘red tape’ is being cut, the contracts to properly opt into an overtime averaging agreement would be complex, and any minor mistake would result in an invalid agreement, and potential major liability, even on a class-wide basis.

In removing the government oversight, the Ford government may have cut down on the “red-tape,” but they have potentially created a very confusing situation for both employees and employers. These agreements are only going to become more common and with that, the unintended consequences could be very significant.

This article was first published in the Lawyer’s Daily on May 17, 2019 and can be found here.