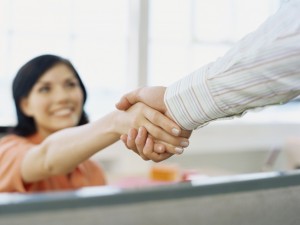 #1- Your Employer Can Terminate You For No Reason at All

In Canada, your employer can terminate you for the simple reason that you do not like the same football team as them. What they can’t do is terminate you without cause and not provide sufficient notice. The provisions of the Employment Standards Act, 2000 mandate a minimum amount of termination pay (and severance pay for employers with a payroll of $2.5 million or more). And for employees without a termination clause in their contract limiting their notice, reasonable common law (4-6 weeks per year of service) notice is implied.

But an employer is able to let you go, as long as they provide you with reasonable notice, for a bad reason, so long as it isn’t discriminatory. For instance, an employer could let go of their top salesperson because they made others feel bad about their performance. Bad business decision maybe, but allowable. An employer could purge their company of employees who cheer for the wrong hockey team. The laid-off employees would get the notice they deserve to find a new job, but not reinstatement or additional damages.

#2- Termination Clauses are often not enforceable

Limiting an employee to Employment Standards Act, 2000 minimums is all contractual and is dependent on clause enforceability.

Since the standards changed in the year 2000 almost every contract drafted prior to the year 2000 is unenforceable and therefore employees are entitled to common law notice.

There are multiple ways in which a termination clause (a clause which specifies the notice which an employee is eligible for in the event of a without-cause termination) can be found ineligible. The first is on the basis that the clause fails to consider benefit continuation throughout the notice period. Subsection 61(1)(b) of the Employment Standards Act, 2000 (“ESA”) requires the continuation of benefits during the relevant statutory notice period. A clause that fails to do this is a clear attempt to opt out of section 60(1)(c) and 60(1)(b) of the ESA and properly void for illegality pursuant to section 5(1) of the ESA.

This exact issue arose in the case of Stevens v. Sifton Properties Ltd. 2012 ONSC 5508 (CanLII) wherein the court struck down a clause with language which purported to deny benefits throughout the notice period. The court stated at paragraph 64 that:

“The failing of the particular termination provisions in the case before me is that they attempt to “draw the circle” of employee rights and entitlements on termination with an all-encompassing specificity that results in the effective and impermissible exclusion and denial of the benefit continuation rights mandated by the legislation. That is what puts paragraph 13 offside, and requires the “termination provision package” of paragraph 13 to be regarded as null and void, in accordance with the policy considerations and directive outlined by the Supreme Court of Canada in Machtinger.”

However, this does not mean that paying benefits after the fact will offset the nature of the clause. In Wright v. the Young and Rubicam Group of Companies (Wunderman) 2011 CarswellOnt 10754, Justice Low found that notwithstanding an employer’s voluntary provision of benefits after the fact, the contract’s failure to make an allowance for the continuation of benefits violated the provisions of the legislation, thereby rendering the entire termination provision null and void.

A clause may also be found invalid simply on the basis that it has the potential to violate employment standards. As stated in Waddell v. Cintas Corp. [2001] B.C.J. No. 2619, the court, referencing the case of Shore v. Ladner Downs held the following:

“I think that it is enough to demonstrate the possibility that the termination clause could fail to meet the requirements of the B.C. Act in order to nullify the clause: see Shore, supra. Moreover, following the reasoning in Shore, a termination clause should not put employees to a complex calculation to ascertain what they may be entitled to when they are terminated.”

#3: Awarding Damages for Wrongful Dismissal is a Reasonable Standard

As per Bardal, the “reasonable notice period” can thus be elongated by the fact that the employee is elderly, has held a senior position, was employed in a “niche” market, or was limited in terms of their skill set. It is based entirely on objective criteria and is not an extravagant determination. It is purely based on making the terminated employee whole again.

#4: “Just Cause” is a very difficult threshold to meet

Termination is generally viewed by the courts as a last resort, as there is significant case law which supports a finding that termination for just cause is a high standard. As referenced in the case of Plester v. Polyone Canada Inc. [2011] O.J. No. 6244, in order to establish just cause on the basis of misconduct,

Substantiating a “with cause” termination is thus a very difficult standard to meet. This means that an employer must establish that the employee was aware that termination would be the next step should the behaviour persist. In the case of Beard v. Suite Collections Canada Inc. [2006] O.J. No.5736, the Plaintiff, a manager, was accused of failing to communicate with his subordinates and missing significant amounts of time from work. He was also accused of the sexual harassment of one of his subordinates. The court, in their decision to award the Plaintiff notice, referenced the case of Kane v. University of British Columbia, [1980] 1 S.C.R. 1105, in which Dickson J. noted that a “high standard of justice is required when the right to continue in one’s profession or employment is at stake.” The court further went on to note that despite the Plaintiff’s inappropriate conduct, even in his position of seniority, that a clear warning that the behaviour was unacceptable had not been provided.

#5-Human Rights Damages Can be Awarded Alongside Wrongful Dismissal Damages

Prior to 2008, Ontario’s civil courts were not empowered to award human rights damages. However in 2008, the amendments to the Ontario Human Rights Code, R.S.O. 1990 permitted this. In the decision which followed in Wilson v. Solis Mexican Foods Inc., 2013 ONSC 5799, the Plaintiff, who had been wrongfully dismissed following issues with accommodation for her disability was awarded 3 months’ pay in lieu of notice (She was a 16 month employee) and $20,000.00 for injury to dignity, feelings and self-respect.

While the average range for reasonable common law notice is between 3 to 6 weeks per year of service, this does not mean that all terminated employees will fall within this spectrum. In particular, short term employees can be awarded elongated notice periods due to the difficulty which inevitably results from attempting to gain re-employment after a short stint at their previous position. In Khan v. Fibre Glass-Evercoat Co. [2000] O.J. No. 1877, for example, a Sales Manager of 1 year was terminated on alleged performance issues and received 12 months’ notice.

Don’t make the mistakes cited above- if you have concerns regarding an employee who has had issues in the workplace and are unsure as to their entitlements upon termination; contact Monkhouse Law today for a free consultation.

Advice for Employees
The common misconceptions cited above illustrate that there are misunderstandings with regard to employee entitlements. If you are unsure as to your rights, contact Monkhouse Law today for a free consultation.