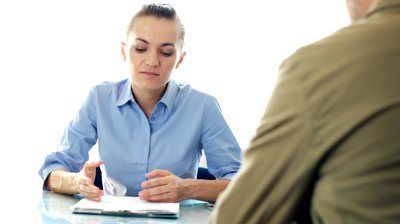 A common practice for employers terminating or dismissing employees is to ask that employee to sign a release that the severance package they are receiving is acceptable and waiving their rights to sue for more.

A release is a written agreement to not take that employer to court as a result of any issues arising out of the dismissal or termination.

Many releases contain language which seems to prevent any sort of action being taken upon their signing. Take this clause for example: “I, the Releasor hereby release and forever discharge the Releasee of and from all manner of actions, causes of actions, suits, debts, dues, accounts, bonds, covenants, contracts, claims and demands whatsoever which against the said Releasee the Releasor ever had, now had or can, shall or may hereafter have for or by reason of any cause, matter of thing whatsoever.”

How “solid” are these agreements? In other words, if you did sign such an agreement and came to the realization that you were given a bad deal, can you start a court action against that employer?

Many employees sign such a release but then realize later that they should have obtained legal advice.

The courts have taken a clear stance when it comes to the signing of a release: they are typically valid, but if specific factors are present, the release will not stand.

The court articulated these very factors in the case of Rubin v. Home Depot Canada Inc. (215 A.C.W.S. (3d) 651), which are as follows:
A) A grossly unfair and improvident transaction;
B) Victim’s lack of independent legal advice;
C) Overwhelming imbalance in bargaining power; and
D) The other party knowingly taking advantage of the employee’s vulnerability.

The case of Rubin involved a senior employee who worked as a comparative shopper for Home Depot. He was dismissed without cause and given a release to sign. At the time, he believed that there was no other option but to sign the release. He sued Home Depot and the court found that the release was unenforceable based on the fact that Home Depot took advantage of Rubin’s vulnerability in that they effectively gave him no choice. Upon the delivery of the release, his boss said something to the effect of “this is the package you are getting”.

To expand on several factors outlined in Rubin,

Duress is perhaps one of the most common ways a release is found to be invalid. It essentially means that the “Releasor” as they are typically referred to, was forced to sign the release, in that they were either effectively made to sign the release, were threatened with consequences of not signing, or just felt as though not signing was not an option. In the case of Kroll v. 949486 Ontario Inc. (c.o.b. Texas Border Grill and Boot Bar)[1997] O.J. No. 4932, the Plaintiff, Eric Kroll, worked as a manager with the Defendants for over 6 years. One day, he was brought into his boss’ office and told that it was “not working out”. He was handed a termination agreement under the inference that if he did not sign then he would not be paid his severance. The court found that the agreement was signed under duress and without legal advice or discussion, and ordered costs against the Defendants.

Not having legal advice prior to signing a release is also a common way that a release is found to be invalid. In the case of Howell v. Reitmans (Canada) Ltd.[2002] N.J. No. 194, the Plaintiff, Eileen Howell, was an assistant manager for a Reitmans location. The Defendant decided to terminate her without cause, and gave her 6 weeks’ working notice. When she was presented with the release, she was told that if she did not sign, she would not qualify for employment benefits. Howell had an opportunity to seek legal advice prior to signing, but did not. When the case proceeded to court, it was found that the release could not be relied upon due to the fact that Howell had not obtained legal advice prior to signing, as well as the fact that there was an inequality of bargaining power between employer and employee.

To save yourself legal costs you should ensure that releases your employees sign are not done under duress. It is often best to get legal advice regarding the best way to proceed in order to have the release be valid.

If you are asked to sign a severance package and/ or release which you do not feel is fair, it is important that you speak to a lawyer. Although the courts can find a signed release to be invalid based on the factors discussed above, it is not guaranteed that such a finding would occur.

Contact Monkhouse Law for advice on severance packages and releases, and how to negotiate a better agreement.