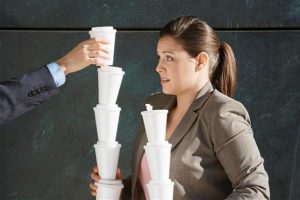 Both workers and employers have to be careful about unpaid internships. As the job market stagnates unpaid internships are becoming increasingly common as workers look to get hands-on training and companies look to vet potential talent.

Although Statistics Canada does not keep track of how many unpaid internships there are in Canada although some Labour Activists have estimated the number of unpaid interns to be over 300,000.

Under the Employment Standards Act, 2000 (ESA) in order for an intern or other worker to be found not covered under the Act, a six part test, is used, where every single criteria has to be met:

There are some exceptions for co-op students and other students who are on an internship organized by their school. In these cases the above rules are relaxed and there is more leeway regarding unpaid internships.

It is unknown as to what would count as being a vocational school training. For instance, must there be formal reviews? Must there be formalized testing? The lack of clarity makes things difficult for both employees and employers.

When there is a violation

Where the Ontario Labour Relations Board (OLRB) or a court finds that an internship does not fall under the six part test above then it must be paid. An order of retroactive pay during the internship will be provided for, either at minimum wage or at a reasonable wage depending on the skills of the worker.

This means that employees who have been working at a unpaid internship might be able to get paid for all of the time worked retroactively if the internship does not meet the qualifications above.

This can create a large liability for companies that have unpaid internships since these monetary awards can add up. In addition, having illegal unpaid internships can also cause major public relations issues that can be expensive to deal with.

In recent months there has been more and more talk about protections for unpaid interns.

Both the Liberals and the NDP have recently been speaking quite a bit about closing ‘loopholes’ and clarifying the act. This would come as a relief to both employees and employers who are confused by the unclear laws.

NDP MPP Jonah Schein has introduced a bill at Queen’s Park along with other amendments (to be referred to as the “Employment Standards Amendment Act”) which will allow interns and co-op students to be protected under the Act and will require companies with unpaid interns to keep records of those employees. It would effectively be a Bill of Rights for interns.

The Liberal minority Labour Minister, Yasir Naqvi also spoke almost a year ago about adding additional protections for unpaid workers and to clarify the rules. Although things are unreliable in a minority government hopefully this legislative priority will come to fruition soon.

We can only hope that these changes occur soon so that things are clear for the benefit of both employees and employers.

The field of law is constantly evolving. Legislative changes such as those introduced by Schein are inevitable and necessary in order to ensure that workers are protected and afforded equal rights, regardless of the capacity of their employment.

If you believe you have been denied employment rights or protections, or are interested in how evolving employment legislature can assist you in a court action, contact Monkhouse Law today for a free consultation.