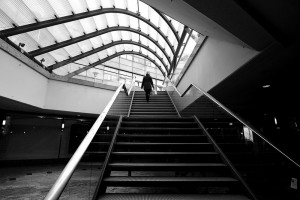 Working notice is typically a less popular topic of discussion in employment law given the concerns related to providing working notice over pay in lieu thereof. While they are numerous, the most common concerns are:

However, despite the fact that there are aspects of it that make it less desirable, working notice is legally equivalent to pay in lieu of notice. This is in accordance with the Ontario Court of Appeal’s decision in Taylor v. Brown [2004] O.J. No. 4650. An employer can provide a ten year employee with either ten months’ working notice or ten months’ pay and be viewed as reasonable by the courts. Working notice may also be more attractive to an employer looking to save money by paying the employee to work, rather than a lump sum without the benefit of labour being provided in exchange.

This weeks’ post takes a deeper look at other issues surrounding working notice, specifically, actions to avoid when providing an employee with same.

The decision in Giza v. Sechelt School Bus Service Ltd. 2012 BCCA 18 was particularly of interest as it concerned a school bus driver who was provided with working notice and quit following the notice being provided. Mr.Giza was a five year employee who had been terminated without cause and provided with five weeks’ working notice. He sued for wrongful on the basis that the notice was inadequate. However, Mr.Giza was not successful at trial because the trial judge took the position that his resignation had eliminated his ability to claim wrongful dismissal damages. Giza appealed, and the Court of Appeal for British Columbia disagreed that the resignation had disentitled Giza, awarding him six months’ notice, less one month, representative of the five weeks’ working notice. The Court of Appeal’s reasoning for this was that Mr.Giza should have worked this period, but, as it did not change the fact that it was inadequate considering the factors of his employment, he was entitled to additional notice.

This principle was adopted earlier in Evans v. Teamsters Local Union No. 31 [2008] 1 R.C.S. where a business agent of 23 years was terminated without cause and was offered a total of 24 months’ working notice. Mr.Evans was not pleased with the arrangement, but, following attempts to negotiate this arrangement, was still being asked to return to work for the remainder of the period. Mr.Evan’s response to this was to refuse and to sue for wrongful dismissal. Evans was successful at trial, but, unlike the successor case Giza was unsuccessful on appeal, as the Court of Appeal took the position that the failure to return to work constituted a failure to mitigate.

Successful Mitigation Does Not Affect the Notice Period

In Allen v. Ainsworth Lumber Co. Ltd., 2013 BCCA 271 (CanLII), the Plaintiff, Robert Allen who was employed by the Defendant as its Chief Financial Officer for six years, was provided with a letter stating that he was to be terminated in 15 months. He was specifically told that he would be unable to work during this period, but his salary and benefits were initially continued. However, when Mr. Allen found new employment which was better than his position at Ainsworth, Ainsworth ceased the salary continuance payments.

Mr. Allen sued for wrongful dismissal on the basis that he was entitled to the remainder of the 15 months’ pay. He was successful at trial, as the judge found that he was entitled to the remainder of the balance, the sum of $428,300.12, or seven months’ pay, plus interest and inclusive of his bonus. Ainsworth appealed, but was unsuccessful, as the Court of Appeal agreed with the trial judge that Ainsworth’s actions, notably that of replacing Mr.Allen almost immediately, had been indicative of its intent to terminate him and that he was therefore entitled to the notice promised to him, in this case, the balance thereof.

Working notice can be a delicate situation and is one that must be approached carefully. If you have been advised of your termination and have been provided with working notice, it is best to speak to a professional as to what your options are and whether a legal claim may be available to you. Contact Monkhouse Law today.