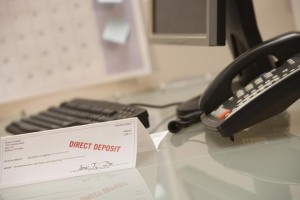 The MOL Claim Process and “Bill 18”

Recently, there has been an upsurge in online posts and publications centering on why employees should utilize the Ministry of Labour (MOL) claim process to go after employers for unpaid wages, arising from “Bill 18”.

While the MOL can and should be utilized in certain instances (i.e, an ongoing work safety issue), it is not typically the ideal forum for severance pay for the following reasons:

3. Damage Limitations
The MOL primarily handles claims for unpaid wages, vacation pay, termination pay, public holiday pay, and overtime pay. It also can make order(s) against an employer who fails to provide a safe workplace. However, if your issue is more complex (for instance, a human rights or sexual harassment issue which has directly affected you), the MOL is not able to provide you with general damages for violations of the Ontario Human Rights Code, R.S.O. 1990, c.19. It can also not provide you with punitive, aggravated and/or moral damages. This substantially hinders the quantum of damages a claimant can seek, even wherein such damages would be warranted in the court system.

The MOL does not provide for any legal fees, which are generally covered by a Court process.

4. Representative Deficiency
When you file a claim with the MOL, it reviews your claim impartially. The MOL is not “on the side” of a claimant, and does not provide independent legal advice for claimants. This puts self-represented claimants at a significant disadvantage, particularly wherein their employer is able to access and utilize legal counsel in order to defend the claim against them.

5. The Process is Not Conducive to Settlement
Typically, an economical solution is beneficial, but this is not always the case. The fact that the MOL claim process is incredibly cost-effective means that an employer whom has had a complaint filed against them will have little economic investment in defending the process, aside from the cost to retain counsel, where applicable. This limits the incentive to reach a resolution prior to a decision being made. In Small Claims Court, for instance, the limited monetary jurisdiction is generally conducive to early settlement given the associated costs to proceed to trial.

6. Harder to Appeal
The case of Dunsmuir v. New Brunswick, [2008] 1 S.C.R. 190, 2008 SCC 9 correctly identifies the main issue with an incorrect finding of an administrative body. Specifically, it is that the standard of review for the MOL and similar administrative bodies is higher given that these bodies are viewed to have a higher expertise on the matters which they decide. As the court noted in Dunsmuir, at paragraph 27,

“Courts, while exercising their constitutional functions of judicial review, must be sensitive not only to the need to uphold the rule of law but also to the necessity of avoiding undue interference with the discharge of administrative functions in respect of the matters delegated to administrative bodies by Parliament and legislatures.”

This fact allows for instances wherein an MOL claimant may be stuck with an incorrect decision and refused appeal, which is neither practical nor desirable, particularly for claimants with more extensive claims.

Ongoing Advice
If you are facing a workplace issue such as unpaid wages, unpaid overtime, or unpaid vacation and are wondering what forum would be appropriate to submit a claim, it is important that you consult with a professional. An Employment Lawyer can advise on which solution is best fitted to your employment issue and can evaluate the viability of such a claim. Contact Monkhouse Law today for a free consultation.