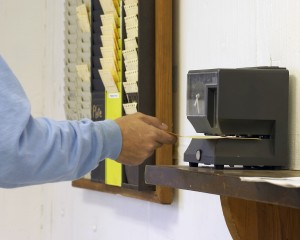 A change in your employee status (full-time or part-time) impacts your notice period entitlement.

Usually, when calculating the amount of reasonable common law notice an employee is entitled to, a judge will use their most recent income in order to determine what monetary figure the notice equates to. However, in the instances wherein an employee has been unable to work, or has had their status (full-time or part-time) changed, the calculation is less straightforward.

According to the common law, the general principle is that the notice period calculation will, on a monetary basis, depend on the circumstances in which the change in status or salary occurred.

In the case of Russo v. Kerr, 2010 ONSC 6053, the Plaintiff, who had been employed for 37 years, had his annual salary reduced by $25,000.00 when a new President took over the Defendant company, with the goal of continuing operations and maintaining financial stability. When the matter proceeded to summary judgment, the judge took the Plaintiff’s regular compensation terms, and not the reduced terms, into account in calculating his notice period.

In the case of Bartlam v. Saskatchewan Crop Insurance Corporation [1993] S.J. No. 396, the court took a “pro-rated” approach to notice calculation. In Bartlam, the Plaintiff was initially hired in 1974 in a temporary role with the Defendant. He switched roles several times but did not gain permanent employment until 1983, when he was given the role of Acting Supervisor, earning $2,455.00 per month. The Plaintiff applied for and was granted a promotion to Manager seven years later, a position in which the Plaintiff made $4,578.50 per month. The Plaintiff was terminated two years later (in 1992) without cause. When the Plaintiff sued for wrongful dismissal, the question was whether his part-time salary should be taken into account in reaching a calculation as to notice. The court found that the Plaintiff had the equivalent of 13 years with the Defendant, despite the fact that the Plaintiff had only worked in a full-time capacity with the Defendant for nine years.

In Medwid v. Whitespot Limited, 1993 2326 (BC SC), the opposite occurred. The Plaintiff, who had been initially hired as a part-time employee, was changed to a full-time employee four years following her hire date, resulting in a significant compensation increase. She was terminated without cause one year later and sued for wrongful dismissal. When the court calculated her notice entitlement, it did so on the basis of her higher (full-time) salary.

In the case of Dunlop v. B.C. Hydro & Power Authority, 1988 3217 (BC CA), the Plaintiff, who was a ten-year employee, was dismissed without cause, resulting in a cut off of his disability benefits. Following his dismissal, he became disabled and sued for wrongful dismissal. At trial, he was awarded 20 months’ notice. His employer appealed, citing that the fact that he could not mitigate his damages ought to allow for a reduction in the notice period. The British Columbia Court of Appeal disagreed, finding that the Plaintiff’s disability should not reduce his notice, upholding the 20 month notice period.

If you are contemplating dismissing an employee who has changed capacities throughout their employment or whose workability (or hours) have been altered as a result of disability or personal circumstances, it is best to proceed with caution. As the authorities above demonstrate, the court can take different positions on an employee’s notice entitlement based on the factors which resulted in the change(s) in their employment. Contact Monkhouse Law today for a free consultation.

If your employment status (full-time or part-time) has been altered as a result of personal circumstances or an employer’s decision, and you have been deprived of (or provided with a reduced version of) notice, you may have a legal remedy available to you. Contact Monkhouse Law today for a free consultation.