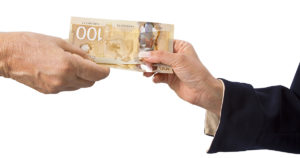 In the October 2020, the Supreme Court of Canada clarified, in the case of Matthews v Ocean Nutrition Canada, that when awarded common law notice for termination, employees must be put in the position they would have been had they been working during the notice period, which may include being compensated for bonuses they would have received during the notice period. This decision will no doubt have a major effect on the employment relationship, contractual interpretation of exclusion clauses, and the overall trajectory of employment law across Canada.

The appellant (“Matthews”), was a senior chemist employed by Ocean Nutrition Canada (“Ocean”).  Following a change in management, Matthews experienced a large reduction to his duties, resulting in a claim for constructive dismissal on June 24, 2011. During his employment with Ocean, Matthews was entitled to a Long-Term Incentive Plan (“LTIP”) that was realized on July 19, 2012 upon the sale of the company. The LTIP was paid out to all applicable employees except Matthews.

At trial, the judge found that Matthews was constructively dismissed and awarded him a 15- month notice period and entitlement to the LTIP payout as part of his damages. Ocean appealed the matter to the Nova Scotia Court of Appeal (“NSCA”), which upheld Matthews’ 15-month notice period, but reversed the trial judge’s ruling regarding the payout of the LTIP. The majority found that Ocean could rely on the LTIP’s termination exclusion clause to disentitle Matthews from his payout. However, Scanlan J.A.’s dissent found that there was a common law duty of honesty in the LTIP contract, therefore, Matthews was entitled to his payout of the LTIP through wrongful dismissal damages.

At the SCC, Matthews argued that Ocean’s actions were contrary to good faith and honesty in contractual performance, which led to his constructive dismissal. Further, the NSCA erred by failing to recognize that Matthews was suing for damages and not the LTIP itself, making the exclusion clause irrelevant. Matthews’ alternative argument was that he should not have been deprived of the LTIP because the wording of the clause was insufficient to exclude his entitlement.

Ocean argued that Matthews clearly understood the contract when he accepted the terms, which indicates that there was a meeting of the minds between the contracting parties. Further, the LTIP was not integral to Matthews’ compensation and therefore should not be used in the assessment of damages. Even if it were found that the LTIP was integral to his compensation, exclusionary language in the contract made it clear that there was no common law entitlement to damages for the LTIP during the reasonable notice period. Ocean sees no need for development in this area of law, with respect to good faith and honesty.

The submissions in this case raised multiple issues that are important to the rights of all employees, not just high net worth earners. Clarification is needed regarding the nature of common law reasonable notice, the place of good faith in contracts, and the enforceability of exclusion clauses.

The sheer number of interveners with varying positions on the appeal is a strong indicator that the issues in play have struck a chord. There were five interveners in Matthews: three were legal aid clinics and two were non-profit organizations, one representing non-organised employees and another representing counsel to employers. Two of the intervenors proposed tests for the enforcement of exclusion clauses seeking to bring predictability in such cases.

In particular, the Canadian Association of Counsel to Employers argued that in the interest of doing business, exclusion clauses should be analyzed under a modified Tercon Contractors Ltd v British Columbia (Minister of Transportation & Highways) framework. Under the proposed test, exclusion clauses limiting a benefit from being awarded in a wrongful dismissal case should only be found unenforceable if they are unconscionable or against public policy.

On the other side of the spectrum, Don Valley Community Legal Services, a community legal clinic representing wrongfully dismissed low and middle-income workers suggested using a modified Paquette v TeraGo Networks Inc test in awarding common law reasonable notice damages for contractual entitlements. This test asks whether the contract specifically excludes the employee’s right to the entitlement had the employee been allowed to complete the working notice period and if it does, whether an alternative notice period is appropriate. This approach would facilitate the use of summary judgment as a less expensive means of adjudication, increasing access to justice. Paquette was ultimately one of the cases that the court relied on in reaching its decision.

The SCC agreed that since Matthews’ LTIP vested during his 15-month notice period, he was entitled to the payout, represented as damages, for Ocean’s failure to provide him reasonable notice. The SCC made it clear that the application of exclusion clauses does not depend on the conduct of the employer. Rather, it depended on the understanding of the parties when they signed the contract and whether the exclusion clause contemplated the events which manifested.

The Court noted that an LTIP is a “unilateral contract” in that workers do not have the opportunity to negotiate its terms and thus terms which limited the employer’s liability had to be interpreted strictly. The written terms of the LTIP required that Mr. Matthews be actively employed when the realization event occurred and that it would be of no force and effect once he had resigned or his employment had been terminated, with or without cause. The contract did not contemplate a constructive dismissal and thus Mr. Matthews could not have contracted to not receive his LTIP in the instance of a constructive dismissal. Furthermore, for the purposes of calculating wrongful dismissal damages, the Court explained, the employment contract should only be treated as terminated once the reasonable notice period expires.

This decision is already proving to be monumental and provides much-needed clarity for both employees and employers with respect to reasonable common law notice and its role in assessing damages upon termination. Two Ontario cases, Manastersky v. RBC Dominion Securities and Mikelsteins v. Morrison Hershfield, where parties have applied for leave to appeal to the Supreme Court have been sent back to the Ontario Court of Appeal to be decided in accordance with Matthews.

Do you have a question about whether an employee is entitled to a bonus during their reasonable notice period? Contact Monkhouse Law today for a free 30-minute consultation. To arrange your free confidential 30 minute phone consultation, contact us today.