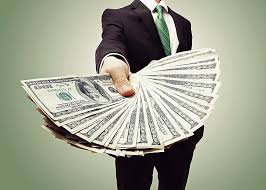 The standard rule in Canadian civil litigation is that the loser pays a portion of the legal costs of the winning side. Such a rule does not make sense for class actions, including employee class actions. There is a single plaintiff in court who represents a large class of persons — the representative plaintiff. No sane representative plaintiff who might stand to gain $100 from the success of a class action is going to expose himself to the risk of an adverse cost award that could be over $1 million.

Ontario and some other provinces have a loser-pay rule in their class action legislation. In practice, the representative plaintiff has to be indemnified by somebody else. Sometimes, it will be the law firm carrying the case, but there are few law firms that can undertake such risk even for a handful of cases.

Specialized hedge funds have emerged that are willing to speculate on the outcome of legal cases, including class actions. They are referred to as third-party litigation funders.

They will fund the expenses of running the case, and an adverse cost award if it is lost, in exchange for a percentage of the winnings in a favourable case. In Ontario, in some of the earliest cases where they appeared, they were willing to undercut the Class Proceedings Fund, e.g., by charging only seven per cent rather than 10 per cent of the winnings.

For many centuries, the common law used a nasty word for third-party funding, “champerty,” from the old French, meaning a feudal lord’s share of produce, and it was illegal. Contingency fee arrangements where lawyers take a percentage of the amount recovered (but charge nothing if the client is unsuccessful), are now the norm in areas such as personal injury litigation. That was also considered a type of champerty and not permitted in Ontario until the Solicitor’s Act was amended in 2002.

The first Ontario class action where the plaintiff attempted to use a third-party funder, Metzler Investment GMBH v. Gildan Activewear Inc. [2009] O.J. No. 3315 was only 10 years ago. The judge turned it down due to a perceived risk that it might represent champerty.

The first time that third-party funding was approved for an Ontario class action was Dugal v. Manulife Financial Corp. [2011] O.J. No. 1239. Justice George Strathy took a deep look at the nature of class actions and decided to approve it:

[27] One of the important goals of class proceedings is to provide access to justice to large groups of people who have claims that cannot be economically pursued individually. In Ontario, the costs rules applicable to ordinary actions apply to class proceedings — the loser pays. The costs of losing can be astronomical — well beyond the reach of all but the powerful and very wealthy — not exactly the group the legislature had in mind when the C.P.A. [Class Proceedings Act] was enacted.

[28] The grim reality is that no person in their right mind would accept the role of representative plaintiff if he or she were at risk of losing everything they own. No one, no matter how altruistic, would risk such a loss over a modest claim. Indeed, no rational person would risk an adverse costs award of several million dollars to recover several thousand dollars or even several tens of thousand dollars.

Justice Paul Perell agreed with this conclusion in Fehr v. Sun Life Assurance Co. of Canada [2012] O.J. No. 2029. He also laid down in very categorial language the rule that an application for third-party funding has to be approved by the court in advance.

This is a principle that can be inferred from the intent of the Class Proceedings Act, namely that all the stages of a class proceeding should be closely supervised by the court. It has been widely followed, including by judges in other provinces.

This article was originally published in the Lawyer’s Daily on Aug. 9, 2019, and can be found here. This is the first of a two-part series. Read part two: Fine balance needed by courts in third-party litigation funding.

Author: Peter Spiro has a background in economics, the gig economy and the underground economy and is counsel to Monkhouse Law in employee class actions.