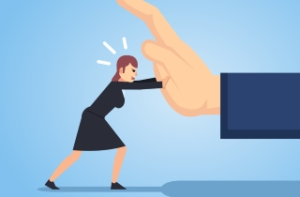 Despite the fact that a recent Ontario Court of Appeal decision, Merrifield v. Canada (Attorney General) 2019 ONCA 205, found that there is currently no tort of harassment at common law, mounting societal pressure and changing cultural attitudes have catalyzed numerous lawsuits relating to workplace harassment in Canada and beyond.

A Canadian class action against WestJet has been allowed to proceed, where WestJet is accused of fostering a culture that tolerates harassment of female employees and failing to create a safe work environment.

The contracts between WestJet and its employees contain a promise to provide a harassment-free workplace, and the breach of this contractual promise is the legal basis for the claim. As this WestJet class action proceeds to the certification phase, the RCMP settlement will serve as an important precedent.

Similarly, in the RCMP class actions discussed in our previous article, the claims are based on a failure of the RCMP to fulfil its statutory, common law and contractual duties to create a work environment free of discrimination and harassment based on gender and sexual orientation, as well as negligence and breach of the equality provision in the Canadian Charter of Rights and Freedoms.

If breach of contract or the Charter are not available as a remedy to harassment in the workplace, an employee could seek to claim for the tort of intentional infliction of mental suffering. However, the test for establishing this cause of action is strict and it is difficult to make out the facts necessary to support it.

Outside Canada, a lawsuit in France is being brought against executives at France Télécom for such severe harassment that it allegedly led to the suicides of at least 35 employees. British employment tribunals have seen a 69 per cent jump in the number of sex discrimination claims being brought, crediting the spike to the #MeToo movement and the increased visibility of sexual harassment.

It seems that a door has been opened for harassment in recent years that will not be easily shut, as workers, women and people in general refuse to be harassed and discriminated against and seek legal redress for the harms they have experienced.

From an employment law standpoint, as a federally regulated employer, the RCMP will be subject to the upcoming Bill C-65, which comes into force in 2020 and addresses prevention, response and support for victims of harassment and violence in the workplace.

The bill requires that a designated person who is not a supervisor be identified to receive complaints, that responses to complaints be timely and effective and that any complaints that cannot be resolved internally be referred to the minister.

However, legislation and policies are not enough to change pervasive harassment; leadership within the RCMP will have to strive to create a cultural shift in the organization to ensure changes are lasting and meaningful.

Another important step toward fixing the culture of harassment and bullying within the RCMP will be to increase the number of women and visible minorities being hired and to ensure that there is diversity at all levels. A more diverse organization and gender parity will disrupt the traditional “boys club” and allow for different perspectives and support a safer and stronger RCMP that reflects Canadian society and values.

Though the RCMP has vowed to hold perpetrators accountable and offer support to victims, for some, it is too little too late. Many women are dealing with PTSD, and in 2018, Krista Carle, a former RCMP constable who had spoken out about her experience with harassment on the force, tragically took her own life.

Firm and concrete action is required to not only prevent future harassment, but to provide support to the thousands of women who are living with the trauma of their experiences in the RCMP — not at the hands of criminals, but their fellow officers who have sworn to protect Canadians and their communities. We want to respect the RCMP again, not fear our law enforcement officers.

This article was originally posted by The Lawyer’s Daily on July 31, 2019 and can be found here.