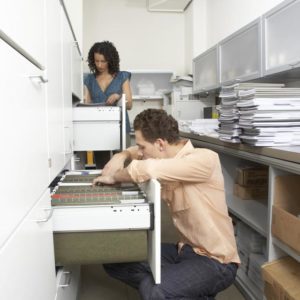 Canadian Court awards $30,000 for failed investigation. A new case in the field of employment law is making it clear to employers relying on misconduct allegations that they can’t just conduct an investigation into the allegations, it has to be thorough and conducted properly. If it isn’t, the employer can face a steep damages award at trial.

It is a well-known common law principle that an adequate investigation is required to terminate on allegations of misconduct. As per van Woerkens v. Marriott Hotels of Canada Ltd., 2009 B.C.J. No. 139, “an employer that fails to conduct an adequate and fair investigation into an allegation of sexual harassment or other misconduct and does not afford the employee a reasonable opportunity to respond to the allegations of misconduct, runs the risk that it may not be able to discharge the burden of establishing cause for dismissal.”

The 2015 case of Lau v. RBC [2015] B.C.J. No. 1949 expands upon this, noting that not only will the employer not be able to discharge the burden of establishing cause, they will also be penalized if the investigation isn’t conducted properly.

In Lau, the Plaintiff was investigated following a client complaint, submitted via email, regarding the handling of funds. An investment retirement planner had witnessed the transaction in question and was interviewed as part of the investigation. The employer also looked at surveillance video, and made the decision to terminate the Plaintiff based on these pieces of evidence. As required by industry regulations, a report was filed with the Securities Commission regarding the Plaintiff’s termination.

When the Plaintiff was at the termination meeting, and requested to see the video, he was denied. He was also not told what the investment retirement planner had said during the investigation. Not surprisingly, the Plaintiff initiated an action for wrongful dismissal.

When the matter proceeded to trial, the judge declared the investigation flawed in that a) the evidence was insufficient- the investigation relied on an email from the client; the client wasn’t even interviewed directly and the surveillance video was “lost”; and b) The Plaintiff wasn’t given an opportunity to respond to the allegations.

Given that the allegations were found to have no merit on this basis, the Plaintiff was awarded reasonable common law notice. However, the court went a step further and awarded aggravated damages in the sum of $30,000.00 against the employer, given the way the complaint was handled and the effect the false allegations had on the Plaintiff’s ability to secure a new job. Punitive damages were not awarded as the aggravated damages awarded were significant to achieve the effect of deterring the employer from similar conduct in the future. The employer was also ordered to file a new report with the Securities Commission.

Lau follows in the footsteps of Pate Estate v. Galway-Cavendish and Harvey (Townships) 2013 ONCA 669, wherein punitive damages in the sum of $550,000.00 (an amount reduced to $450,000.00 on appeal) were awarded against a Township whom had attempted to forcibly resign its building inspector, the now deceased Plaintiff, on serious allegations of theft and fraud. The investigation was condemned for several reasons, notably based on the fact that, prior to it being commenced, the employer told the Plaintiff that there were building fee improprieties, and that criminal charges could be laid in an effort to force the Plaintiff to resign, but also because the Township convinced the police to take on the investigation following the Plaintiff’s termination and subsequently pressured the police to lay charges. The charges, which resulted in a four day criminal trial, were devastating for the Plaintiff, which is, in conjunction with the nature of the investigation and the Township’s role in the Plaintiff’s termination, what ultimately led to the substantial punitive damages award.

The principle to be obtained from these cases is relatively straightforward: An employee under allegations of misconduct should be investigated, properly, and given the opportunity to respond. If they aren’t employers can face significant liability. Shoddy or incomplete investigations will not be tolerated by the courts, and they won’t be sufficient to terminate an employee with cause.

If you have been the subject of an unfair and damaging investigation which ended, or endangered, your employment, contact us today.