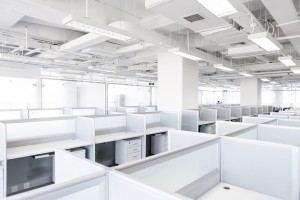 Are contractors entitled to notice? The courts say “yes”, provided that the contractor is a “dependent”- meaning, economically dependent on, their employer.

A recent decision which approved this principle is Keenan (c.o.b. Keenan Cabinetry) v. Canac Kitchens, a Division of Kohler Ltd. [2015] O.J. No. 796. In Keenan, the Plaintiffs, whom were married, both employed under contracts as subcontractors, and both registered under the same business name, Keenan Cabinetry while working for the Defendant. When the principal company closed operations, they were terminated without notice. Upon suing for wrongful dismissal, the Keenans were found to have been dependent contractors and entitled to reasonable common law notice for 26 months, based on their combined average service, approximately 28.5 years. The court in Keenan noted that, “Like employees, dependent contractors are owed reasonable notice on termination”.

The same approach to notice was made in Pennock v. United Farmers of Alberta Co-Operative Ltd. [2006] A.J. No. 1309 and JKC Enterprises Ltd. v. Woolworth Canada Inc., [2001] A.J. No. 1220, and dependent contractors in these cases were also awarded reasonable common law notice, previously thought to have been reserved for defined employees only.

Even the courts have taken note of how the decline in oil prices and impact on the Canadian economy has affected Canadian workers in their search for employment. In Zoldowski v. Strongco Corporation, 2015 ONSC 5485 (CanLII), the court specifically recognized it as an aggravating (elongating factor) when determining the period of notice a terminated employee is entitled to, noting that,

“As part of this determination the court may consider the economic climate the employee is put into when terminated. If there is an economic downturn, then that may make it more difficult to find a job and may justify a longer notice period: see Paquette v. TeraGo Networks, 2015 ONSC 4189, 2015 ONSC 4189 (CanLII), at para. 27. I believe I can take judicial notice of the general economic downturn in the GTA and Southern Ontario for the first half of 2015.”

3. Double Recovery (An Award for Pension Compensation and Wrongful Dismissal Damages) is Possible

Employment law in Canada has consistently revolved around the principle that the employee is to be made whole by the courts, in a reasonable fashion, leading to the prevention of “double recovery”- that is, an award which compensates the employee on two factors which effectively originate from the same issue- termination. However, in IBM Canada Ltd. v. Waterman, [2013] SCC 70, the Plaintiff, whom had claimed damages for wrongful dismissal and had drawn payments from a pension plan with his employer following termination- did not have those amounts withdrawn deducted from his damages award. The courts basis for refraining from same was that the pension benefit was found to be a “deferred compensation”, such as an RRSP or similar savings plan, and could thus not be found to have been an effort to offset losses flowing from termination. In consideration that the withdrawn amounts did not “compensate” the Plaintiff as wrongful dismissal damages, what would have been categorized as a “double recovery” in a different situation was permitted by the court.

4. Arbitration Agreements can be Upheld, Even When Part of a Non-Enforceable Employment Contract

Can an arbitration agreement- that is, an agreement to utilize arbitration- a form of alternative dispute resolution in the event of an employment contract dispute be found enforceable even wherein the contract it is associated with is found unenforceable? The decision in Robert v. Markandu, 2012 ONSC 6891 (CanLII) confirmed that it could, in accordance with section 17(2) of the Arbitration Act, 1991, S.O. 1991, C.17, which recognizes the agreement to arbitrate as a separate agreement from an associated contract, like an employment contract. Thus, even wherein the associated contract is unenforceable, the accompanying signed arbitration agreement will be upheld, resulting in a bar to any action regarding the employment. In Robert, the issue with the employment contract was that it was signed well into the Plaintiff’s employment, and no additional consideration had been provided, making it legally unenforceable in accordance with Francis v. Canadian Imperial Bank of Commerce, 1994 CanLII 1578 (ON CA)

5. Out of Province Employers Can Be Ordered to Comply With The Employment Standards Act, 2000

Provided that an employee is performing their job functions in Ontario, an out of province employer will still have to maintain compliance with the Employment Standards Act, 2000 in terms of its obligations to that employee.

In Paquette v. Quadraspec Inc. [2014] O.J. No. 1970, the Plaintiff had been employed by a Quebec company and worked as the General Director of its Oakville, Ontario location. The Plaintiff was subsequently terminated following a company merger, was paid his contractual minimum notice, and sued for wrongful dismissal, citing that he could not be held to the contractual notice given that the termination clause violated the ESA. The argument for violation was that the clause did not provide for severance pay in accordance with section 65(1) of the ESA (Severance pay is required wherein an employer has a payroll of 2.5 million or more; in Quadraspec, the Defendant’s Ontario payroll was under this amount but its Quebec operations exceeded this amount). The court agreed, finding the clause unenforceable, and ordered the Defendant to pay the Plaintiff severance.