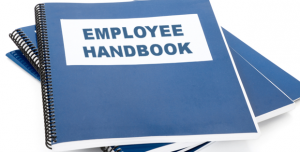 Employers have a myriad of human resources policies to comply with their wide-ranging obligations in employment law as well as industry and internal practices and procedures. Often these policies are bundled in what employers refer to as an “employee handbook”. This may be efficient, but can also be dozens if not hundreds of pages long. For key terms of employment like termination clauses, courts are increasingly finding that these policies must be included in a contract of employment and not buried an a lengthy employee handbook.

Monkhouse Law represented an employee in just this situation in Asgari v. 975866 Ontario Ltd., 2015 ONSC 7508 (CanLII) where the court found that the handbook was not binding on the employee (to see our blogpost on Asgari click here). A similar situation was before the British Columbia court in Cheong v. Grand Pacific Travel & Trade (Canada) Corp., 2016 BCSC 1321 (CanLII), which is discussed in greater detail below.

The Plaintiff, Cheong, was employed by the Defendant, Grand Pacific, for over ten years as a Director of Sales and Marketing.  During this time, Grand Pacific introduced a staff Handbook and e-mailed all staff stating that within 7 days of reviewing the handbook, Grand Pacific will have deemed it is fully understood by staff and that they will observe and abide by the rules of the handbook.  Cheong did not respond to the email, verbally or in writing.

Cheong ended up resigning from her position after ten and a half years of service with Grand Pacific.  Cheong was absent from Grand Pacific and working elsewhere for approximately a year because Grand Pacific approached her about returning to work for them.

Cheong and Grand Pacific had several conversations regarding the conditions of her return to work, including her past tenure to be considered continuous and that all other aspects of her employment remain as it were when she was employed previously.

Two and a half years after her return to Grand Pacific she was terminated without cause and provided with 2 weeks pay in lieu of notice.

Grand Pacific attempted to rely on the employee handbook that was introduced many years ago to limit her entitlements upon termination.  The clause in the handbook is as follows:

Termination of Employment
i)               Advance notice/payment in lieu: Upon completion of probation period, employment may be terminated by either parties in the form of advance written notice or compensation in lieu for length of services as follows:

A week’s pay is the average wage earned in the last 8 weeks.

In this case, the main issue at hand was whether the above-mentioned termination clause in the employee handbook was a binding term of Cheong’s employment with Grand Pacific and if it was, was it enforceable?

The Court went on to further note that even when the handbook was introduced during Cheong’s previous tenure with Grand Pacific, it would not have been considered valid because it did not have the required elements of a contract established to be considered binding.  The Court specifically rejects the handbook on the following basis:

1.     The handbook is referred to as setting out “comprehensive terms” for employees to “observe and abide” by and that it would be “deem[ed]” enforceable within 7 days.  There is no express language by Grand Pacific to the employees that the terms of the handbook are mandatory and that if accepted by the employees, it would have contractual force.  The language is conflicting on whether the handbook is a guideline for information or a hard policy.

2.     There is no consideration that would be provided to the employees for their agreement to the change in terms of their employment by incorporating the handbook.

3.     The introduction of the handbook states it was “designed to cover those employment conditions, rules and benefits that most often apply to our day-to-day activities and has been prepare to provide you with information and guidelines.”  This indicates that the handbook was not intended by Grand Pacific to form a part of the contract of employment but rather be a guideline.

Additionally, the court also focused on the fact that Cheong’s silence upon receipt of the handbook could not be considered acceptance that the contents would form a part of her contract of employment.  Citing the Manitoba Court of Appeal in Wiebe v. Central Transport Refrigeration (Man) Ltd., “… when considering whether a policy instigated by an employer has become part of the employment contract, courts must recognize that there is an imbalance of bargaining power between some employees and their employers and that there should be a reluctance to equate the absence of forceful rejection by an employee to an acceptance of a contractual variation.”

As a result, the handbook was not found to form a part of Cheong’s contract of employment and therefore could not be applied to restrict her entitlements upon termination and Cheong was awarded 14 months’ pay in lieu of notice for the termination of her employment.

For a take away from this case, it is important to carefully examine your contract and handbook. If you are unsure if your handbook is considered binding on your employees, or if you are looking to have a contract or employee handbook drafted, contact Monkhouse Law today.