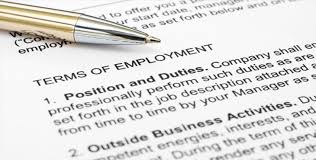 If there is ever a dispute that arises, an arbitration clause helps to avoid the complicated court system and it can save you the heavy legal costs of going to court. It is important to ensure that arbitration provisions within your agreements are enforceable as well as clear and unambiguous.

In Fisher’s Guide to the Mediation and Arbitration of Employment Law Disputes, Barry B. Fisher, a prominent mediator in the employment law bar, discusses the benefits of arbitration:

Arbitration can be a positive mechanism and it can be used to quickly move files forward, however if they are poorly drafted it may slow things down. You should ensure an experienced employment lawyer drafts your employment contracts and contractual provisions dealing with arbitration. Monkhouse Law has experience in drafting enforceable clauses that protect your interest.

The Plaintiff worked for a software company that was acquired by the Defendant. In the offer of employment letter, it specified that the Plaintiff would be subject to all applicable policies of the company, including the annual Sales Incentive Plan (“SIP”). He also received an email from the Defendant confirming his position and the email stated that the employment agreement was subject to the laws of the province of Ontario. The terms of the SIP were provided to employees annually and participation in the program was not mandatory. The Plaintiff signed a goal sheet confirming his agreement to the terms and conditions of the SIP. The SIP agreement requires that if there is a dispute arising out of the agreement that cannot be resolved; the parties must arbitrate the dispute in Texas. The Plaintiff had three decisions appealed to the SIP Executive Committee and he was advised he was unsuccessful. He soon after resigned and began a claim for damages in unpaid commissions. The Defendant, in this case, argues that the arbitration clause should be enforced.

The trial Judge found that the Plaintiff understood the terms of the SIP because he followed the appeal procedure for the first three levels. The only reason he failed to follow the final arbitration procedure was that it was too expensive.

The trial Judge states at para 18:

The trial judge references Dell Computer v. Union des consommateurs, [2007] 2 S.C.R. 801, where the Supreme Court of Canada comments on the role of the court in the face of an agreement to arbitrate. At para. 150:

This is further emphasized by Dancap Productions Inc. v. Key Brand Entertainment Inc., 246 O.A.C. 226, the court dealt with a dispute under the Arbitrations Act. The court reaffirmed, at para. 32:

It was decided that the matters at issue fell within the terms of the SIP agreement. The fact that it might be inconvenient or expensive for him was not a legitimate reason to find that the Plaintiff should be able to avoid the arbitration and pursue the issue through the courts. The action before the courts was stayed and the Plaintiff was directed to proceed with arbitration.

It is important to ensure that the arbitration clause in your employment contract is enforceable by having it looked at by a legal professional. Monkhouse Law has experience dealing with arbitration clauses and protecting employees against the use of unenforceable clauses. Contact us today.