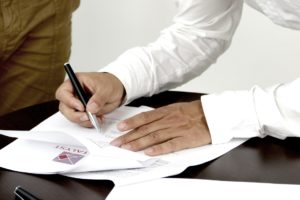 The relationship between an employee and employer is one of contract and is either written or implied. In a typical situation, the employee agrees to engage in certain services in exchange for payment of wages, benefits and/or other forms of compensation (also referred to as consideration). It is prudent for employers to have written agreements as a means of regulating the relationship with their workers and are often designed to reduce liability to the corporation particularly upon termination.

With the new year, we reflect on the key decisions released by the Court of Appeal in 2018 that provide an insight into the enforceability of contractual agreements in the employment context. A few decisions in particular demonstrate the importance for companies to review their agreements and ensure that they do not contract out of any minimum required by the Employment Standards Act (the “ESA”).

In Amberber v. IBM Canada Ltd (2018 ONCA 571 (CanLII)) (“Amberber”), the Court dealt with a 3-part termination clause that provided the employee with a month of pay in lieu of notice up to a maximum of twelve months. The clause also attempted to preclude the Plaintiff’s entitlement to reasonable notice of termination at common law. The clause read as follows:

This payment includes any and all termination notice pay, and severance payments you may be entitled to under provincial employment standards legislation and Common Law.  Any separation payment will be subject to applicable statutory deductions. In addition, you will be entitled to benefit continuation for the minimum notice period under applicable provincial employment standard legislation.

The Court of Appeal in overturning the motion judge’s decision found that the above-noted clause was enforceable. Among other things, the court determined that the lower court erred in determining that the clause failed to comply with the ESA as when read in conjunction with the Failsafe Provision, the clause as a whole does, in fact, does comply with the legislation. The clause states that if any foregoing section was inadequate or otherwise non-compliant, it would be read so as though to comply with the ESA minimums.

In Kerzner v. American Iron & Metal Company Inc.(2018 ONCA 989 (CanLII)) (“Kerzner”) the Plaintiff was employed as the President and co-owner. Subsequently, the company was bought out by a third-party Purchaser almost three decades later. The sale was governed by a Share Purchase Agreement (the “SPA”). As a condition of the sale, the employee was required to execute a new contract governing his new role as General Manager that provided for an indefinite term of employment (the “2008 Agreement”). Over the next two years, the employee executed two more fixed-term agreements both contained a clause that required the company to provide six months’ written notice of its intention to cancel and/or not renew for another term. Shortly after, the employee was dismissed from his employment with one week pay in lieu of notice. He then commenced a wrongful dismissal action.

The Plaintiff quickly mitigated and found work as the President of one of the Defendant’s competitors – Palmer Recycling Inc. As a result, the employer counterclaimed on the basis that the employee breached his fiduciary duty as well as the restrictive covenants contained in the 2014 Agreement. On motion for summary judgment, the Court agreed with the employer and determined that the 2014 Agreement was enforceable. In its decision it relied on the Release Provision contained in the SPA which reads as follows:

[a]ny and all Claims which any of the undersigned has now, or may have in the future, against any Released Person, for any fact, act or omission up to and including the date hereof, including without limitation by reason of, or in connection with, any Released Person’s position as a shareholder, director, officer, employee or creditor of Bakermet Inc….at any time up to and including the date hereof….that demoted him to a General Manager role, among other things. The 2008 agreement also contained stricter non-competition and non-solicitation clauses and required the employee work for the company for three years.

The above noted provision purported to bar the employee from claiming damages against the Purchaser for the period of time before the sale of the business. Thus, the court awarded the Plaintiff six months’ pay in accordance with the terms of the 2014 Agreement.

This decision is one of many that demonstrates the importance of reviewing contracts to ensure they do not run afoul to the requirements under employment standards legislation. This decision further illustrates that regardless of how clearly drafted the provision, employment agreements must ensure that ESA entitlements remain intact.

In Bergeron v. Movati Athletic (Group) Inc., (2018 ONSC 885 (CanLII)) (“Bergeron”) the Court dealt with whether the following clause was successful in rebutting the Plaintiff’s entitlement to common law notice of termination:

Movati Athletic Inc. may terminate your employment without cause at any time during the term of your employment upon providing you with notice or pay in lieu of notice, and severance, if applicable, pursuant to the Employment Standards Act, 2000 and subject to the continuation of your group benefits coverage, if applicable, for the minimum period required by the Employment Standards Act, 2000, as amended from time to time.

On Appeal, the Court confirmed that clear and unequivocal language is required in order to successfully refute the presumption of reasonable notice of dismissal at common law. In relying on Nemeth v. Hatch Ltd. (2018 ONCA 7 (CanLII)), the Court further confirmed that any ambiguous contractual language will be interpreted against the drafter of the agreement itself in accordance with the principle of contra proferentem. Because the clause failed to displace the common law entitlement to reasonable notice, the court resolved the ambiguity of the clause in favour of the employee.

These three decisions demonstrate that it is imperative for companies to take caution when drafting contracts, especially to ensure that they abide by the ESA standards. These decisions have taught us that clear and unequivocal language is required in order to shield employers from potential liabilities upon termination of the employment relationship. Should companies choose to include termination provisions they must ensure that the language is explicitly clear, outlines the limitation and does not contract out of the ESA minimum requirements.