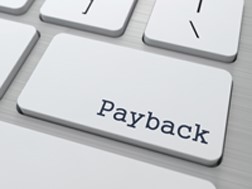 Employees should be free from retaliation in the event they complain about the discrimination they are experiencing at work. For example, an employer might terminate an employee after the employee complains about being discriminated against due to their gender, race, disability, or one of the other grounds of discrimination under the Ontario Human Rights Code. Courts and tribunals in the past have awarded damages for reprisal based on a discrimination claim.

How can a person determine if there was reprisal? According to the Ontario Human Rights Tribunal in Noble v. York University (“Noble”), the following must be present in order to establish reprisal:

In addition, it is important to note that:

In order to have a better understanding of this test, we break down each element below.

1.  The complainant experienced an action or threat made against him or her

In Noble, the complainant sent an email to her employer about her concerns for the company’s practice of holding a “Men’s Day”, in which female employees were excluded from participating. Shortly after, she was excluded from meetings and a few weeks later was terminated. After hearing these facts, the Tribunal only stated that the reprisal could have resulted from the complaint. However, this was enough to satisfy the first element.

2.  The action or threat resulted from the complainant making a claim or attempting to enforce a right under the Code

As for the second element of the analysis, the action or threat could have been demonstrated in various forms. For example, in Noble, the complainant alleged that her complaints resulted in both her termination and exclusion from meetings.

The tribunal clarified that the complainant did not need to reference the Code when she conveyed her concerns. Sending correspondence was enough to demonstrate that the complainant attempted to claim or enforce her rights. This also meant that an official application/complaint need not be filed in order to meet these first criteria in the test. The Tribunal cited Miller v. Prudential Lifestyles Real Estate which held that other ways in which a complainant may raise their concerns under the Code are through a grievance under a collective agreement, through an employer’s internal human rights policy, or by simply raising a verbal objection to an alleged discriminatory or harassing conduct.

3. The respondent (usually the employer) had an intention to retaliate for the claim or the attempt to enforce the right.

In the third element of the test, there must be evidence that the respondent intended to retaliate against the complainant for raising their concerns. In the Noble example, the onus is on the complainant to demonstrate that her employer intended to retaliate against her by excluding her from meetings, ceasing one-on-one supervision, and ultimately terminating her employment.

The Tribunal acknowledged that often, there is no direct, or a “smoking gun”, evidence of intent. However, it stated that “intention may be proved by inference, drawn from the whole of the evidence.” In other words, once the complainant has established facts, which if true, would support a finding that there was discrimination under the Code, the evidentiary onus then shifts to the respondent to provide a reasonable explanation for the conduct. The onus then shifts back to the complainant to provide evidence of why the explanation was not credible or was simply a pretext. For example, in Smith v. Menzies Chrysler, the Tribunal held that the proximity between the applicant’s complaints about a sexually vexatious behaviour and her dismissal the very next day was enough evidence. The temporal connection was enough to show that the complaint influenced the decision to terminate the complainant.

In Noble, the Tribunal found that a reasonable person whose performance was improving or was never told that his or her employment was at risk, could justifiably believe that being terminated only a few weeks after complaining about discrimination was a reprisal.

At Monkhouse Law, we often deal with cases involving a reprisal based on a discrimination complaint. If you feel that you were recently terminated or suffered other forms of reprisal after complaining about discrimination, it is important to speak to legal professionals. Call Monkhouse Law today for a free consultation.