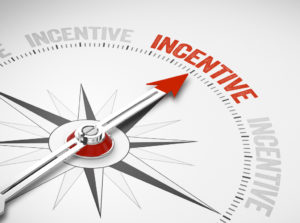 Skilled workers are the lifeblood of almost every business. For every employer, having efficient, productive employees provides significant benefits in many aspects of the business, ranging from simply greater economic returns and profits to the development of strong interpersonal relationships.

Given this demand, it is no surprise that some employers may actively seek out and recruit skilled workers, even if the worker is currently employed with another company. However, if the new worker does opt to join the recruiter’s business, it could have some significant consequences on the employer if the new employment relationship is not as fruitful as was initially believed and representations were made prior to the start of employment.

The Principle of Inducement

Inducement within the context of employment refers to the enticement of a worker, at the hands of a potential employer, to leave their current place of employment and join the new employer. For an employee to be ‘induced,’ the employer generally must have made some significant representations about the benefits of the new place of employment that the employee relies on upon their decision to switch employers. Induced employees may be entitled to additional reasonable notice of termination of their employment from their new employer. In some cases, an employee’s tenure from their previous employer in its entirety may be added to the calculation of reasonable notice.

In this case, a 48-year-old employee began his employment in May 2014 but was terminated within approximately 2.5 years due to restructuring in later 2016. In early 2014, the employee was approached by a recruiter, and after several interviews and discussions he was offered a Senior Development Engineer position. To take this position, the plaintiff gave up a position he held for 21 years at his prior employer, earning approximately $185,000.00 per year.

Six months after joining Acero, the plaintiff was terminated due to disagreements with the individual director in control of the corporation. The plaintiff expressed his concerns regarding the director’s unwillingness to uphold terms of his employment agreement, including the option to purchase into the company.

Liability Not Limited to Employment

In addition to wrongful dismissal, an employer may be liable in tort for negligent misrepresentation for representations made to prospective employees that turn out to be untrue. In Queen v Cognos Inc, the Supreme Court of Canada held that an interview had a duty to take reasonable care to avoid making misleading statements to potential employers. In this case, the employer misrepresented the security and the nature of the position being offered. The plaintiff, based on these representations, accepted employment. Soon after starting his employment, the plaintiff was reassigned to significantly different duties than he initially agreed to do, which required him to incur significant relocation costs.

The plaintiff brought an action not in wrongful dismissal, but in negligent misrepresentation for which he was successful.

Specifically, the court found that:

For their misrepresentation, the employer was found liable to the plaintiff for damages for lost income, losses incurred for the purchase and sale of his new home, emotional stress, and costs and expenses to find a new job.

Negotiating for the terms of employment can be a complex procedure that requires sharing a significant amount of information. The law is clear that promises and representations made during these negotiations can have a significant impact on the expectations of the parties, the breach of which can lead to significant damages. It is important for both employees and employers to be mindful of what information is shared, and that it is accurate and not misleading.