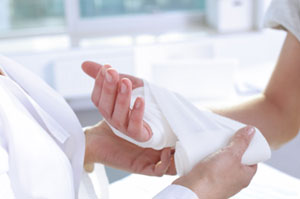 Generally, no employee should ever resign due to health reasons since that means getting no severance pay. If an employee is too sick to work or struggles physically to do their job they should go on leave, and then have an employment lawyer let their employer know that their contract is frustrated.

If a 26 year service non-unionized employee is paid out for frustration of contract they would get 34 weeks of notice/severance pay.

If a 26 year service non-unionized employee retires/resigns they would be entitled to absolutely no notice.

The majority of employers do not explain frustration of contract to employees at all, hoping they will resign/retire, and so the employer never has to pay out anything, notwithstanding the many years of diligent service.

Under the Employment Standards Act, 2000 (the “Act”), an employer can terminate a worker by providing them with prior notice of their termination or by providing pay in lieu of notice. Depending on the tenure of the worker and the size of the company, the worker may also be entitled to severance pay. If a worker chooses to retire, effectively resigning from their position, the worker will not receive termination pay or severance pay and are left to rely on savings or, if the employee has one, their pension.

If an employee’s choice to leave their job is due to illness or injury, retirement may not be the most financially beneficial way to do so. In law, the concept of frustration of contract means that the contract can no longer be performed for reasons outside of the parties control. In an employment context, an illness or injury of an employee can be sufficient to frustrate the contractual employment relationship with their employers.

Under the Act, employees can receive termination and severance pay for frustration of contract only if the frustration is a result of an illness or injury. Other causes of frustration, such as death or natural disasters, would not require employers to pay severance.

In the case of Estate of Cristian Drimba v Dick Engineering Inc., 2015 ONSC 2843, the Plaintiff was diagnosed with terminal cancer and took a leave of absence, while also applying for long term disability benefits with his employer’s insurer. His employer, Dick Engineering, informed the Plaintiff that his employment is to continue through this time, providing him with the chance to return to work once he recovers.

Of course, this does not mean that all employees with illnesses or injuries will receive termination and severance pay, as it does not always lead to frustration of contract. However, depending on the circumstances of an employee, it is prudent for employees to assess whether the injury or illness is sufficient to frustrate the employment relationship. A hasty decision to retire may be costly. Contact Monkhouse Law today for a free 30 minute phone consultation regarding your situation.