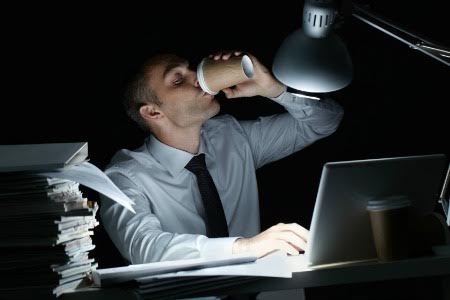 In accordance with Section 22(1) of the Employment Standards Act, 2000, employees in Ontario are entitled to pay at 1.5 times their normal rate of pay for any hours they work in excess of 44 hours per week.

There are of course, exceptions to the general rule, and several types of employees are exempt from overtime pay. For example, in accordance with section 8 of Regulation 285/01, the Exemptions, Special Rules and Establishment of Minimum Wage, firefighters, persons employed as a fishing or hunting guide, landscape gardeners and even persons employed to grow mushrooms are exempt from overtime.

The most contentious exemption for overtime pay, however, is the exemption for managers. Section 8(b) of Regulation 285, provides as follows:

The interesting question is whether the above exemption applies when an employee performs both managerial duties but also non-managerial duties. Based on the language of the exemption, it would seem that employees who perform non-managerial work on a non-irregular basis or non-exceptional basis, are entitled to overtime pay. What exactly “non-irregular or non-exceptional” means, however, is open to interpretation.

In Tsakiris v Deloitte 2013 ONSC 4207 [“Tsakiris”] the court made the following observations in regards to the manager exception:

[132]      In light of this underlying purpose, it is clear that the reason for the managerial/supervisory exemption is that such employees do not ordinarily fall within the ambit of the group requiring protection.  This is because managerial and supervisory employees generally direct and operate the business enterprise.  Because they have the power and responsibility to direct, supervise and manage and are paid accordingly, managerial employees do not require the protection afforded to rank and file employees and so they are exempt from the overtime protections incorporated into s. 22 of the ESA. [emphasis added]

The decision in Tsakiris is an interesting one for consideration, and its import is clear: more often than not an employee with managerial duties will not be entitled to overtime pay.

The decision in Tsakiris relies heavily on a purposive interpretation of the manager exception. The plain and ordinary language of the provision tends to suggest that if an employee regularly performs non-managerial duties then the exception does not apply. For example, if a “manager” performed non-managerial work 20% of the time and on a regular basis, then arguably the manager exception should not apply in the circumstances since non-managerial duties would be a regular feature of the worker’s employment.

Call Monkhouse Law today if you are terminated from your employment.